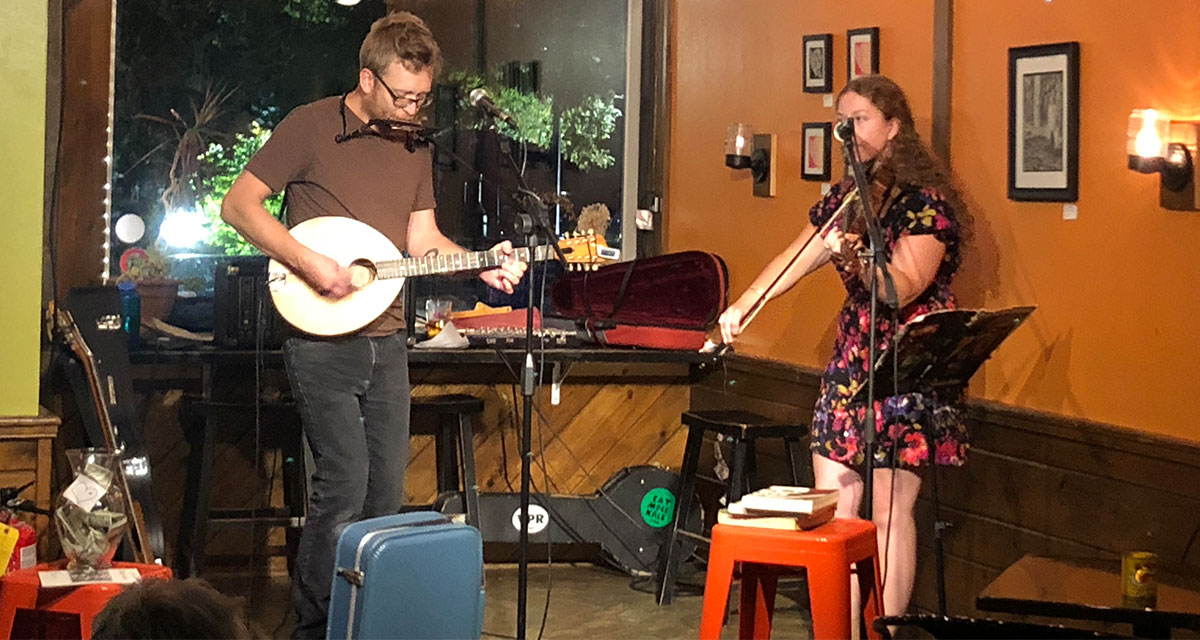 CONCORD, N.H. — The undeniable sexual chemistry emanating off of local folk duo The Barncat Brigade was communicated through stomps on an empty suitcase in full view during a show at Timmy’s Pub this past Friday, audience members confirmed.

“The whole performance was borderline pornographic. When they launched into ‘If I Were A Carpenter,’ I expected a full-on fuck fest, but thankfully they had that suitcase filling in as a bass drum so they could blow off some steam,” said Timmy’s regular Teddy Winslow. “I fully expected the girl to throw down her violin in a fit of ecstasy and ravage her partner, but they both held it together, somehow.”

Timmy O’Hannagan, the proprietor of Timmy’s Pub, admitted that the display of raw sexual energy was not what he had expected.

“When they showed up, I didn’t think much of them — a couple of plain-looking folk you wouldn’t give a second glance. But brother, as soon as they started playing, I swear to the good Lord above it was like watching a nature documentary,” said O’Hannagan. “The way he would whistle and clap while she lost herself in a groove, I’m starting to get a little hot under the collar just thinking about it. At one point, she got the audience to sing along to ‘Country Roads’ and I swear an orgy almost broke out. I’m so glad there were no children here.”

“Listen, we get it. Two people can’t play folk standards together without it seeming like foreplay that leads to sex so filthy there are still laws against it in some Southern states,” said Abrams after the band’s set, still glistening with sweat and radiating pheromones that drew fauna from nearby woods. “Yes, Theresa and I are very sexually active. If you think our vocal harmonies are something special, then you should see us between the sheets… or in the venue bathroom, or wherever we decide to unleash hell on each other.”

Audience members reported that the following act, a brother and sister duo, really killed the vibe of the room.