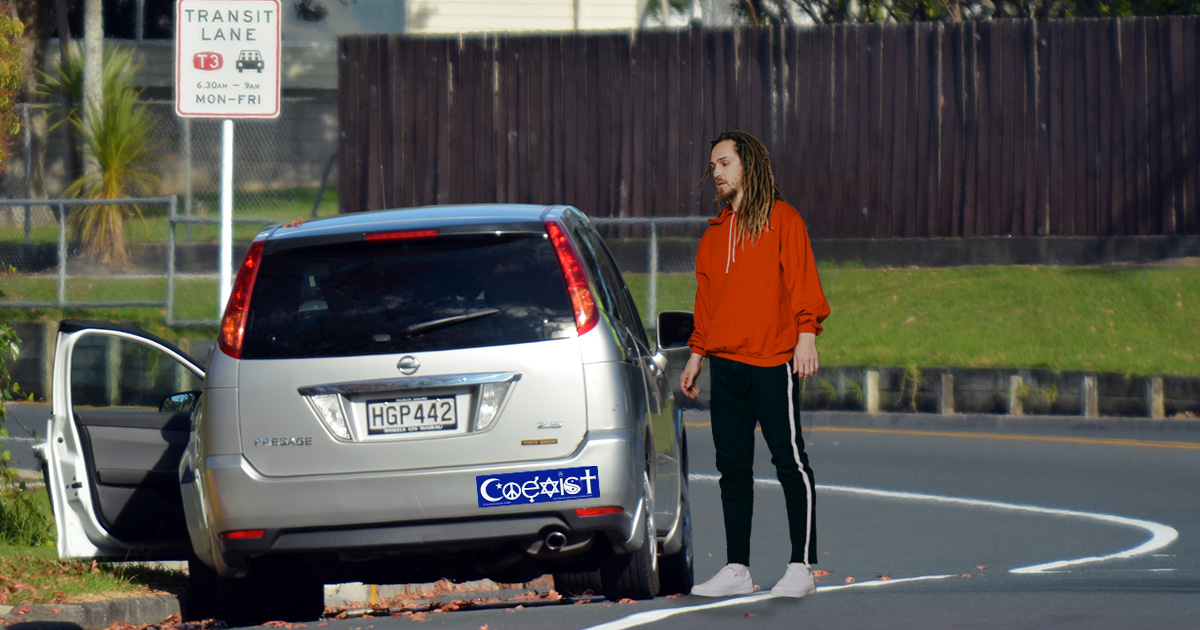 “He pulled me over and asked if he could check my license, registration, and privilege… and before I knew it, he was smashing my head and tail lights ‘just like we should smash the patriarchy,’” Davenport said. “And that ‘Coexist’ sticker was definitely not on the back of my car when he pulled me over — I’ve never been tolerant of other cultures or belief systems in my life. These P.C. police thugs are going too far.”

Critics of the P.C. police have become more vocal over the past few months as they defend a myriad of stand-up comedy specials. However, P.C. Ofc. Doyle thinks it’s being blown out of proportion.

“Look, I’m a normal P.C. police officer. I put my pussy hat on, one flap at a time, like everyone else. I was just doing my job as a white male ally — which is ensuring that my community stay #woke,” stated Doyle. “When I pulled over this edge lord, I had no other choice than to charge him with ‘resisting the resistance’ before cancelling him entirely.”

This isn’t the first time Ofc. Doyle has been accused of abusing his power, however. Citizen Phil Meyers accused the officer of calling him out during a traffic stop last year.

“I was on my way back from a bar, totally shitfaced and swerving all over the road like a madman… so I assumed that was why he pulled me over,” Meyers explained. “But he just walked up to the car and asked if I used my birthday to raise money for Planned Parenthood on Facebook. I was so confused — I told him I had a few outstanding warrants, but he cut me off and started lecturing me about cultural appropriation over the dreamcatcher hanging from my rear view mirror. I actually didn’t think of it like that, so that was sort of eye opening, I guess.”

At press time, the FBI launched an investigation into P.C. firefighters accused of letting multiple Chick-fil-A’s burn to the ground.