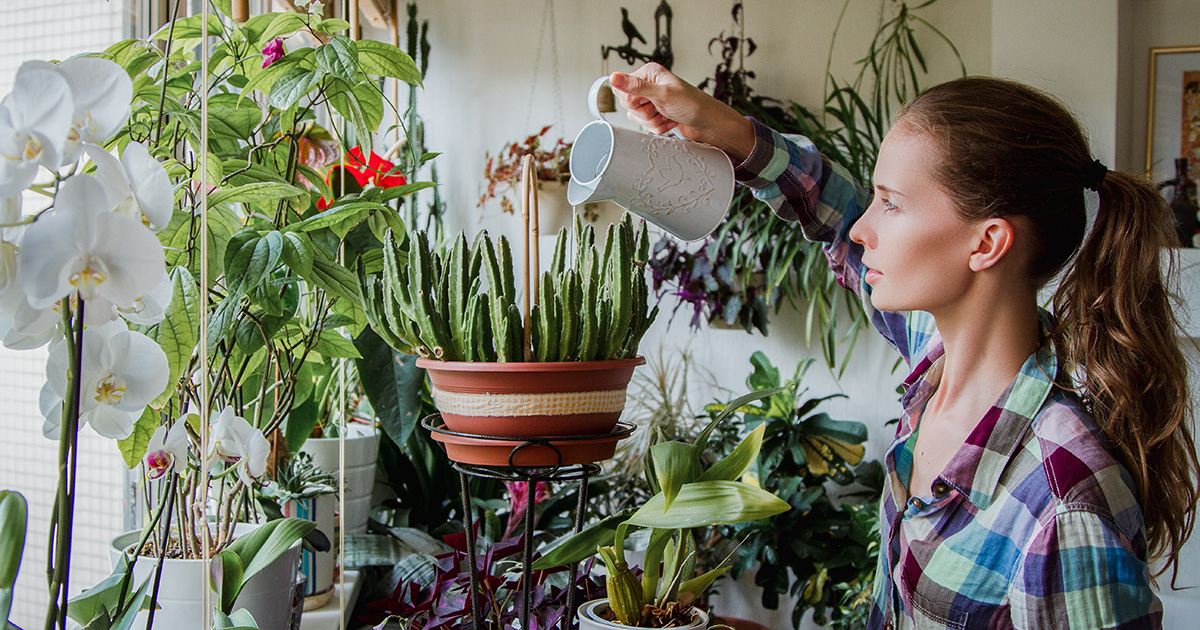 WILMINGTON, Del. — Local woman Kelly Cruz’s recent unemployment status has her overwatered houseplants praying she finds a job before she drowns them all, the drenched flora confirmed.

“COVID-19 layoffs can be a blessing in disguise,” said plant owner Cruz, dousing a golden barrel cactus with a drinking cup from her nightstand. “Without all this extra free time, I would’ve never discovered my green thumb. In pre-pandemic times, I was only watering these poor guys once every two weeks, but now that I’m home 24/7 they’ll never be thirsty again.”

Cruz’s plants, which mainly consist of succulents and cacti which only need need to be watered a few times a month and tend to thrive in arid, negligent spaces like doctors offices or someone’s dad’s house, noted they have yet to see their owner drink water once since she’s been home.

“I’m dying a slow death,” said a wilted snake plant from Cruz’s bathroom windowsill. “Between the humidity from her nightly depression baths and her twice-a-day watering regiment, I’m essentially being waterboarded, which I’m pretty sure signifies as cruel and unusual punishment. I’m not sure if plants are covered under the Geneva Convention, but I hope someone steps in before it’s too late. The least she could do is put me in a pot with a drainage hole.”

Overwatering has been a leading cause in plant deaths for decades, but experts warn the recent uptick could mean a regression back to the days of people buying mostly artificial plants by 2025.

“The death toll is unmanageable,” said Lewis Pittman, a leading horticulturist. “It feels like each day I see another unsalvageable English ivy or spider plant left out on the sidewalk with a ‘Free!’ sign taped to it — at least let it die with some dignity and give it a proper burial in a compost pile. Instead of overwatering, I suggest plant owners combat their crushing ennui with something less lethal, like latch hooking or online gambling.”

At press time, Cruz was converting a barely rinsed Windex bottle into a plant mister.