Osiris D3 Expands to Double the Size When Threatened 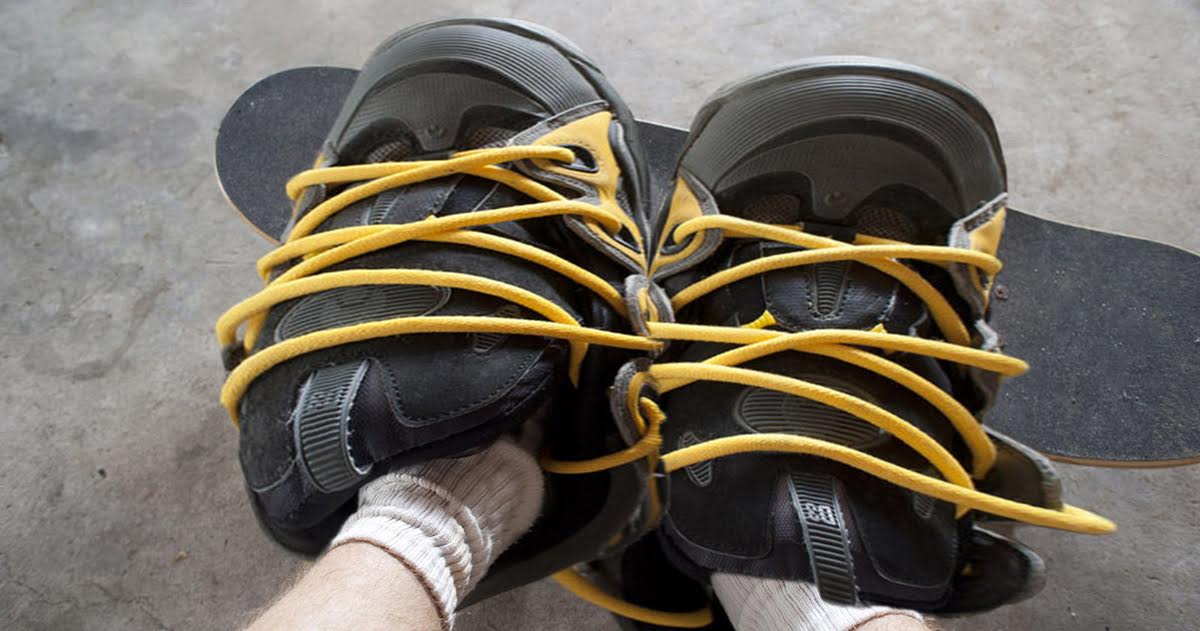 CARLSBAD, Calif. — Osiris announced a new model of their classic D3 skate shoe, which will expand to double its original size when threatened, company sources confirmed.

“Fat, puffy, and bulbous skate shoe populations have been on a steady decline since the late ’90s,” said Osiris spokesperson Deborah Larson during Monday’s release event. “We feel confident the D3’s built-in self-defense system can keep quantities in a more stabilized number within the skate shoe market. Besides, when they puff up, they look twice as cool.”

To ensure the safety of itself and its owner, the shoe automatically intakes air when confronted with a threat — such as a large stair set, handrail, or a security guard that takes their job too seriously.

“I was bombing this hill the other day, and right when I got some gnarly speed wobbles, POOF! These things ballooned up to size 42 airbags. Saved my life,” said prototype tester and professional skateboarder Jeremy Roberts. “They also scared away a dude who tried to mug me at the ATM.”

Roberts was also surprised to find the shoes have a tendency to increase in size to lure in potential sexual partners for the wearer.

“Later that night at a bar, I was talking to this girl, and all of a sudden, my shoes puffed up to an elaborate display of leather and rubber while letting out a quick burst of pheromones that had collected in the heel cup from my session earlier,” said Roberts. “It was no match for the guys wearing skinny, Vans slip-ons.”

Hoping to get more D3s on the retail market, Osiris understands that the shoe does have its complications.

“We are keenly aware that the D3 can contain a toxin deadly to humans if not skated properly,” said Larson. “We will work alongside foreign governments of nations where the D3 is considered a rare delicacy to ensure it is not unlawfully hunted for its delectable meat.”

“I mean foam,” she allegedly added under her breath.