Opinion: Being a Socialist Doesn’t Mean I Can’t Watch Reruns of “Supermarket Sweep” 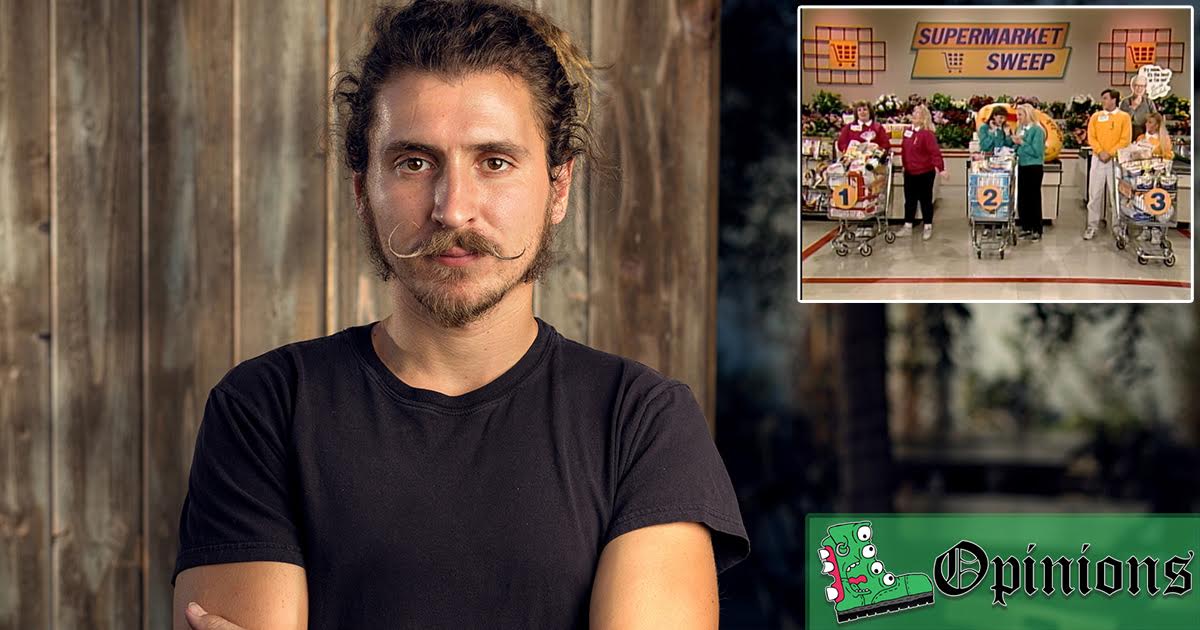 Being a socialist means I believe in income equality, universal healthcare, and affordable housing, but it sure as fuck doesn’t mean I can’t watch reruns of “Supermarket Sweep” on Netflix.

You’re probably thinking: “Gee, isn’t ‘Supermarket Sweep’ just a celebration of mindless consumerism in which frenzied shoppers compete to see who can acquire the most worthless products? That’s completely antithetical to socialism.” Wow, did you come up with that hot take all by yourself? Sit down and prepare to be radicalized, Karen.

Trust me, I’d know. I have carefully studied the writings of Karl Marx on labor relations and class struggle. But the man died in 1883. We must ask ourselves: what if, instead of living through the most grotesque horrors of the Industrial Age, Marx had been a totally rad ‘90s kid?

Well, if he had been, I firmly believe Marx would’ve gotten a real kick out of watching these soccer moms practically fist-fighting over a box of Nutter Butters.

Any true socialist can appreciate that “Supermarket Sweep” is satire, with its fetishization of brands, idealized representation of supermarkets, and careless “spending” of pretend money. That’s why I make sure to maintain my ironic detachment while loudly cheering on the contestants, screaming unheard strategic advice from my couch, and crying messily if I think the winning team seems nice.

Take, for example, the show’s wildly exhilarating ‘Big Sweep’ finale, in which contestants run through the aisles of the store attempting to ransack as much as possible. It’s hidden in plain sight: “Supermarket Sweep” is encouraging us to pillage the false capitalist dream! Plus, it’s really fun seeing all of those cool old school logos. Wow, look at that big display of Dunkaroos! TAKE THE DUNKAROOS, YOU FUCKING IDIOT!

Uh, excuse me. I assure you, my interest in “Supermarket Sweep” is purely ideological. I watch these reruns to further hone my anti-capitalist critiques. Well, also because host David Ruprecht wears some absolutely heinous sweaters. And I’ve always wanted to run really fast in a supermarket without getting yelled at.

As you can see, “Supermarket Sweep” is practically “The Communist Manifesto.” It teaches consumers to rise up, seize their metaphorical shopping carts, and take control… oh shit, gotta go! “The Price is Right” is on!