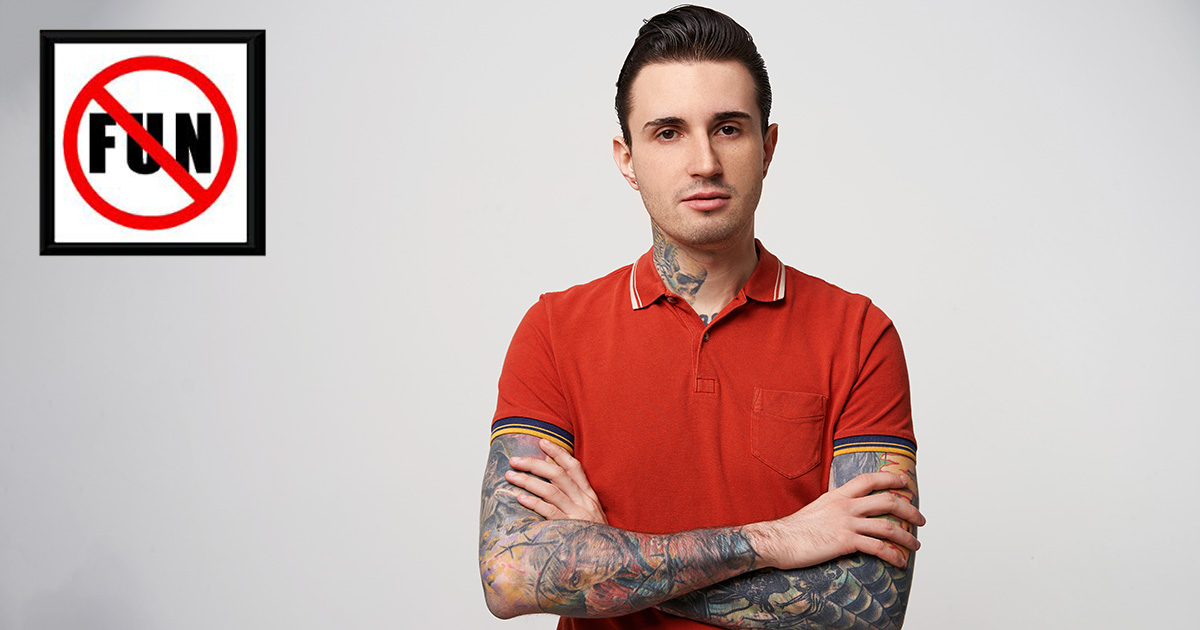 AUSTIN, Texas – A Southside man has loudly declared his intentions to not have any fun at tonight’s Krum Bums show. Derek Miller, 47, has successfully failed to have a good time for decades. Miller claims that’s exactly how he likes it.

“I haven’t enjoyed myself since ’93, and I’m comfortable being the disinterested jerk people hardly tolerate,” Miller said from the back of the room.

Miller, who has been a fixture at Austin punk shows since age 13, says his attendance has become a routine over the years. “It’s just something I have to do now, like jury duty. I just sit in the back with my arms crossed, half listening, hoping I can go home early,” Miller said.

It was not always the case for Miller, who was once regarded as a minor player in the Austin punk scene – promoting shows for local and touring bands, as well as playing guitar in several groups himself.  But after dedicating much of his life to the underground, Miller now claims to be so jaded, he’s not even sure if he’s physically capable of having fun anymore. “Once, a little while back, a band covered a song I think I used to like. I was pretty sure I was about to have fun, but then I remembered that that’s not why I was there.”

Miller’s peers are unsure of what caused this apparent incurable boredom. “Well, he used to have a lot of fun at shows back in the day,” longtime friend Frank Lamont said. “But I guess once you’ve been around for so long and everything just becomes a blur, there’s nothing left to do but resign yourself to being a cranky old fart. That’s when he really started to make a name for himself in the scene. I think after all these years he’s finally found his niche.”

Miller is content with his current outlook on life and the scene. “Fun is overrated anyway,” he said. “Judging people from my stool at the back of the bar is what I was born to do.”