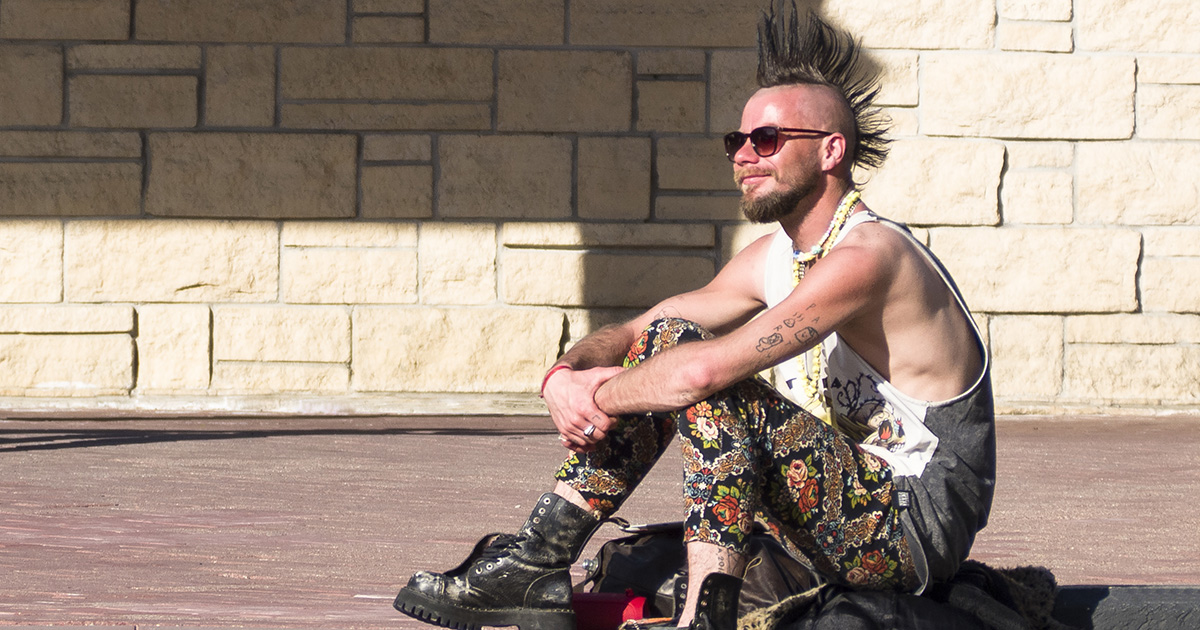 PHILADELPHIA — The entire punk scene of Philadelphia resolved today that promoter, producer, and overall pillar of the scene Stevie Bryant is “completely unbookable,” hushed sources confirmed in the back of the weekly show Bryant produces in his basement.

“There’s no denying Stevie has launched the careers of dozens of young bands from Philly, sometimes paying out of pocket to keep his shows afloat,” said local musician Todd Mahoney. “But, yeah, he sucks. I’d say zero skill, but it’s less — after seeing Stevie play, it takes two weeks on average to even consider enjoying live performance again. Some of us renounced music entirely, and turned to drugs or crime.”

“Plus, he emits a stench that we’ve debated for years, but recently agreed resembles onions rotting in bourbon-soaked hay,” added Mahoney. “Still, Philly musicians would not be where they are today without the efforts of that talentless, smelly alcoholic.”

Greg Flynt, guitarist for local hardcore band MSGenocide, admitted that although he respects everything Bryant has done for the scene, he still actively avoids engaging with older punk.

“Oh, yeah, Stevie is like, the godfather around here: he’s got so many connections from decades of… I dunno, being the only guy who didn’t move to New York?” said Flynt while actively avoiding a “Nice set, dude!” and fist bump from Bryant. “I don’t think I’ve seen anything worse than when his band plays, and I was in Toronto when Radiohead’s stage collapsed and killed a guy. I take no pleasure putting Stevie up last at this open mic I run, but when you spend two years performing Dead Kennedys’ covers set to original, pro-life lyrics, you really give me no choice.”

Despite being booked so sparsely, Bryant is optimistic about his role in the scene.

“I’m actually glad my calendar is almost totally empty, because now I have more time for this rap-metal concept EP I’m working on that tells the story of Tiananmen Square from the perspective of the tanks. It’s fucking dope,” said Bryant while unfurling a gin-stained napkin from his coat containing the song titles. “It’s got tracks like, ‘I’m Just Doing My Job,’ ‘Dad?’ and ‘What’s Going On Up There?’ That last one’s from the fourth tank back.”

At press time, well-connected Seattle scene import Archie Reynolds, of the much-hyped hardcore band Death Petal, was booked for the next three months despite multiple allegations of sexual misconduct.