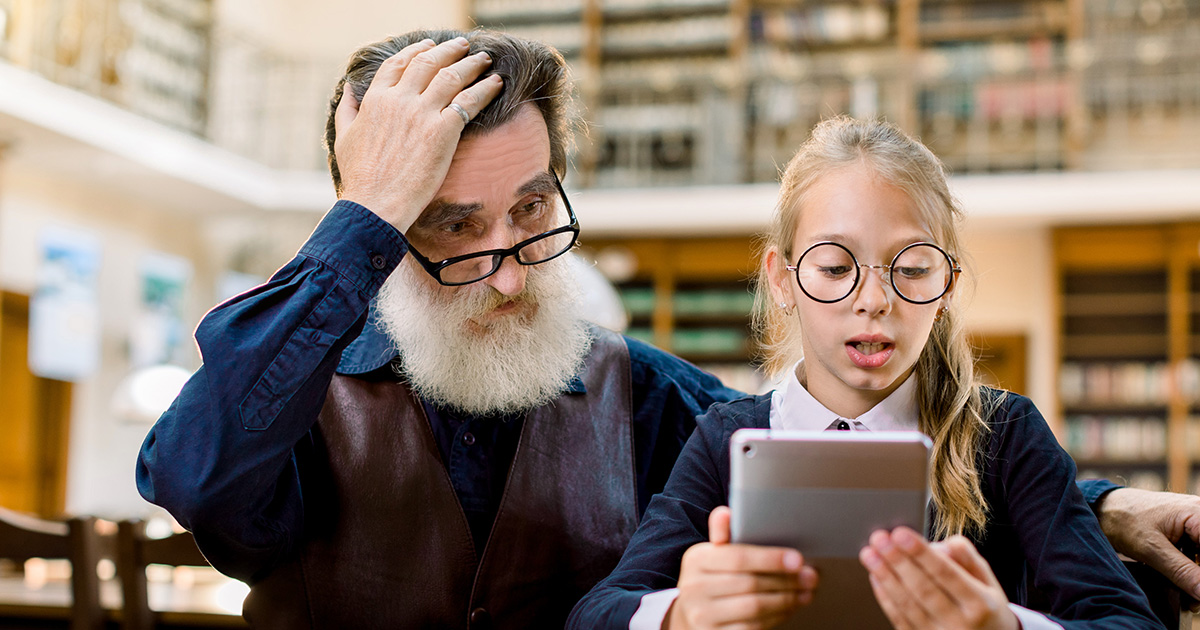 SAN FRANCISCO — Retired senior citizen Roger Jenkins completely lost touch with the youth in his community by falling behind on their newly appropriated lingo, sources confirmed.

“Back in my day, it was ‘dope’ this and ‘fo’ sho’ that, but these days kids are appropriating a whole novel of new slang. How can I possibly keep up?” explained Jenkins. “I won’t even tell you about the look I got from my grandson, Jaydyn, when he had to explain how my glasses were ‘that new drip.’ What the heck is drip? I just don’t see why we can’t tell each other ‘looking dope, my homie,’ like we did in the old days, no harm done!”

Jenkins’s daughter, Krystyne Paynes, explained the emotional labor of keeping her father in the loop of her day-to-day life when he can’t even understand what she’s saying.

“So here’s the tea, sis. My old man is still rattling off old slang like ‘shizzle,’ and ‘homie,’ when obviously that was appropriated, like, decades ago!” she said, while adding another handful of craisins to her mayo-saturated potato salad. “Yesterday, I had to explain to him how thicc my bestie got since getting pregnant. She went from a size three to a size four, and he asked if that just means ‘fat.’ Can you believe it? ‘Thicc’ is way more empowering to women than ‘fat,’ yas queen! My pops just needs to get with the times or he’s gonna get dragged.”

Linguistics professor Ross Sherman about the evolution of American slang.

“Every generation comes with its own slang, and many are borrowed from different groups. You got ‘tubular’ from surfers, ‘shreddin’ from skaters, even some random terms from baseball players in popular phrases,” said Sherman. “Studies show that the average wait time is four to five weeks before a new term or phrase in many of these subcultures becomes popular with the common population, and 0.35 seconds before anything from AAVE is spoken on live television by Jimmy Fallon.”

At press time, Jenkins was seen searching for his daughter’s wig after she claimed someone snatched it.