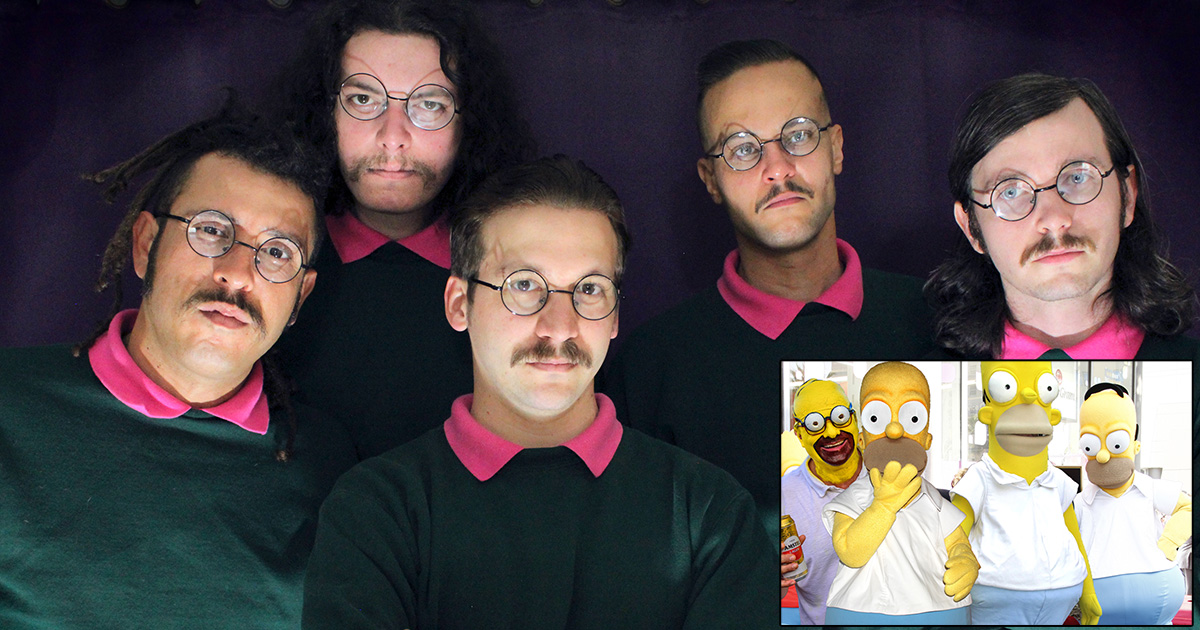 PHOENIX — Stead Ned, the guitarist for the Ned Flanders-inspired heavy metal band Okilly Dokilly, is worried about his missing gear after loaning his guitar and amplifier to the lead guitarist of a local Homer Simpson-themed band last week.

“I was just trying to do what any good guitarist would do when a friend is in need,” said Stead Ned while laying out seven identical sweaters on his bed. “When someone else in the scene-arino needs a helping hand, doing what’s right is the only choice. You just show ‘em a smile and say, ‘Hi diddly ho, neighborino, what can I do ya for?’ But I need my stuff back. I called the guy earlier to get it and he just made a beeping sound with his mouth like he wanted me to think he was his voicemail.”

Homer Gimpson, the guitarist for the band D’oh-verkill, claims their reputation as freeloaders is completely unwarranted.

“You drop some donut in a guy’s acoustic guitar by accident a few times and suddenly people think you’re inconsiderate,” said Gimpson in his practice space fully furnished with Okilly Dokilly gear. “When you’ve been on the scene 30 years like we have, you’re bound to have the occasional mishap. Sure, we ran over the Flaming Moes’ drum kit last year at a bar show, and I’ll admit that I’ve mistaken a guitar pick for a tortilla chip more than once, but that could happen to anybody! Nobody ever talks about all the things we’ve returned in perfect condition, like… um… well, there’s… uh… look, the point is, I’ll give ol’ Neddy’s stuff back just as soon as I’m done with it, okay?”

Fans of D’oh-verkill admit they’ve been alienated by the band’s flippant attitude towards their peers.

“I used to love D’oh-verkill back in the day,” said local police chief Clancy Wiggum. “My friends and I knew every word to every song. But, I dunno… they changed somewhere along the way and lost their touch. They ought to call it quits — I don’t even listen to anything past their 10th album.”

Gimpson was later overheard grunting in annoyance as he spilled a can of Duff beer all over a PA he borrowed from Okilly Dokilly last year, shorting it out and likely ruining it for good.