Oh No: 35-Year-Old in Community College Class Trying to Better Self Raises Hand 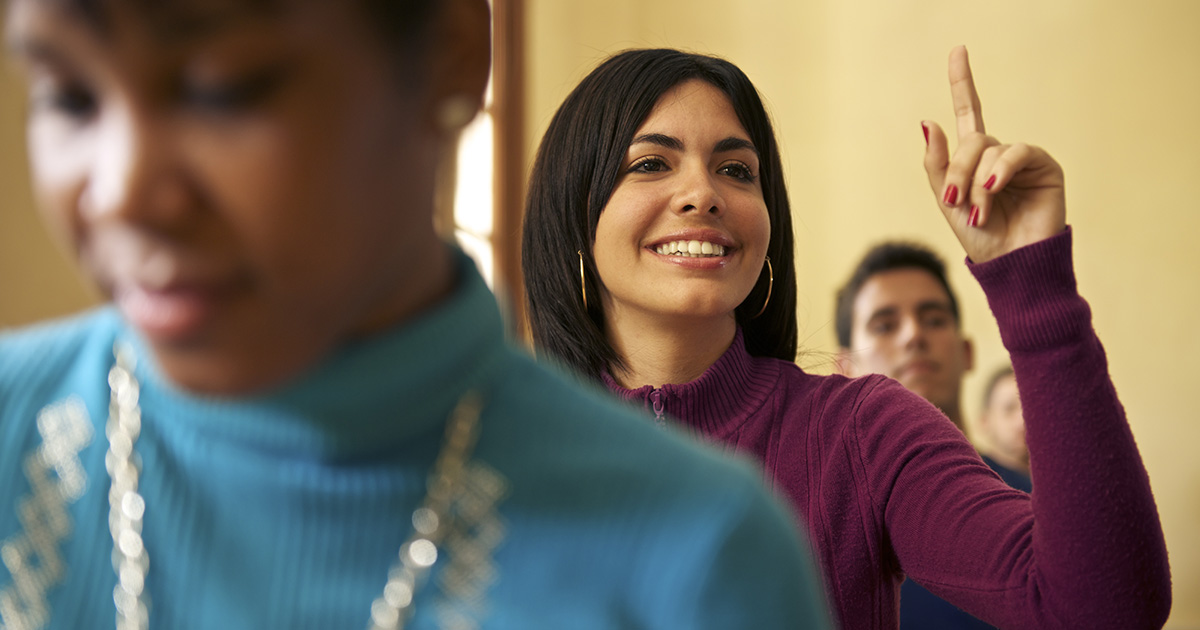 HARRISBURG, Pa. — 35-year-old community college student and single mother Rebecca Steiner has bummed everybody out by raising her hand to contribute some sort of little anecdote, her exhausted, stoned, or apathetic teenage classmates have confirmed.

“As a mother, I have a lot of wisdom to share with my philosophy class, like how I get to see the nature versus nurture experiment play out right in front of me,” Steiner stated. “I do everything I can to raise my kids the right way, but I still see their father Dale in their personalities, like when Benjamin set his babysitter on fire. That’s classic Dale.”

Steiner, who last attended college 16 years ago before getting pregnant, has consistently raised her hand at least once per class period to overshare a bizarre personal story tangentially related to the lesson being discussed according to her classmates.

“I don’t care about what you learned working a dead end job for ten years, and I certainly don’t want to hear about how having a child changed your outlook,” complained 18-year-old Matt Giovingo. “God, her life is so dark. I just put my headphones in everytime I hear her say, ‘As a mother…’ She never comes out and says it but I think she wants us to piece together that he’s in prison for life after murdering a convenience store clerk. God, this woman’s life is so dark. I don’t even know why she’s trying to better herself this late in life. The world doesn’t need another dental hygienist.”

Not everyone was so negative about Steiner’s contributions. 29-year-old Karl Briggins shared his appreciation for her unique perspective.

“I felt the same way as these kids about the older students when I was in community college the first time, but then I dropped out and worked at Autozone for eight years, gained some humility, and now, coming back as an adult…” Briggins trailed off, eyes widening. “Oh god, I’m one of the old people in class.”

At press time, Briggins was seen raising his hand to share an unnecessary, non sequitorial life lesson he’d learned having an argument with his father-in-law.