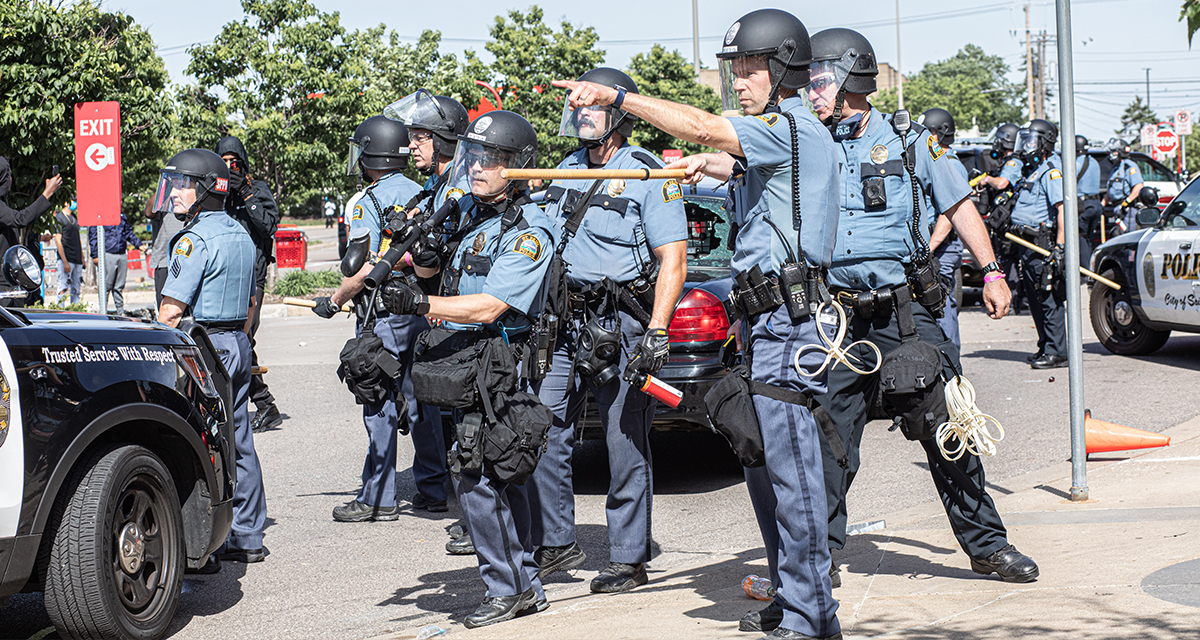 MIAMI — Ofc. Mark Stewart of the Miami Police Department has reportedly changed his opinion on being filmed while on the job, despite once proudly being featured on the recently canceled television reality show “Cops,” protesting sources confirmed.

“When I was on ‘Cops,’ the praise kept rolling in. Everyone really enjoyed seeing me lay down the law — cracking skulls and checking people’s IDs, in that order,” reminisced the temporarily suspended officer who was recently charged with assaulting a peaceful protestor. “But now it’s different. Every amateur with a smartphone is filming me and screaming, ‘He can’t breathe,’ or, ‘What about the constitution?’ or some horseshit. If I wanted to be on video tasing an unsuspecting elderly jaywalker, I’d leave my body cam on for once.”

“These damn BLM activists cost me a job. Tell me something: how is it that I could produce 31 seasons of footage of ‘police brutality’ and no one says a thing, but someone collects a few minutes of ‘Blair Witch Project’ quality footage, and suddenly they cancel the source of my livelihood?” questioned Drubbens. “And this new footage doesn’t even have any reggae, or my fancy editing tricks of making it look like the perp tripped or was about to pull a gun. Artistically, it’s very lacking.”

“That dude was a total boss the way he threw drunk chicks into the back of his cruiser. She couldn’t have weighed more than 110 lbs, so she really flew. Needless to say, Stewart is a real hero,” exclaimed Hauser. “It’s such a shame ‘Cops’ is gone. Now more than ever, we need heavily edited pro-cop propaganda. And selfishly, I have no idea what I’m going to do with myself now that I won’t have five hours of ‘Cops’ to watch every Saturday night.”

At press time, Ofc. Stewart is in talks to appear on the A&E prison reality show “60 Days In,” assuming he is convicted of assault.