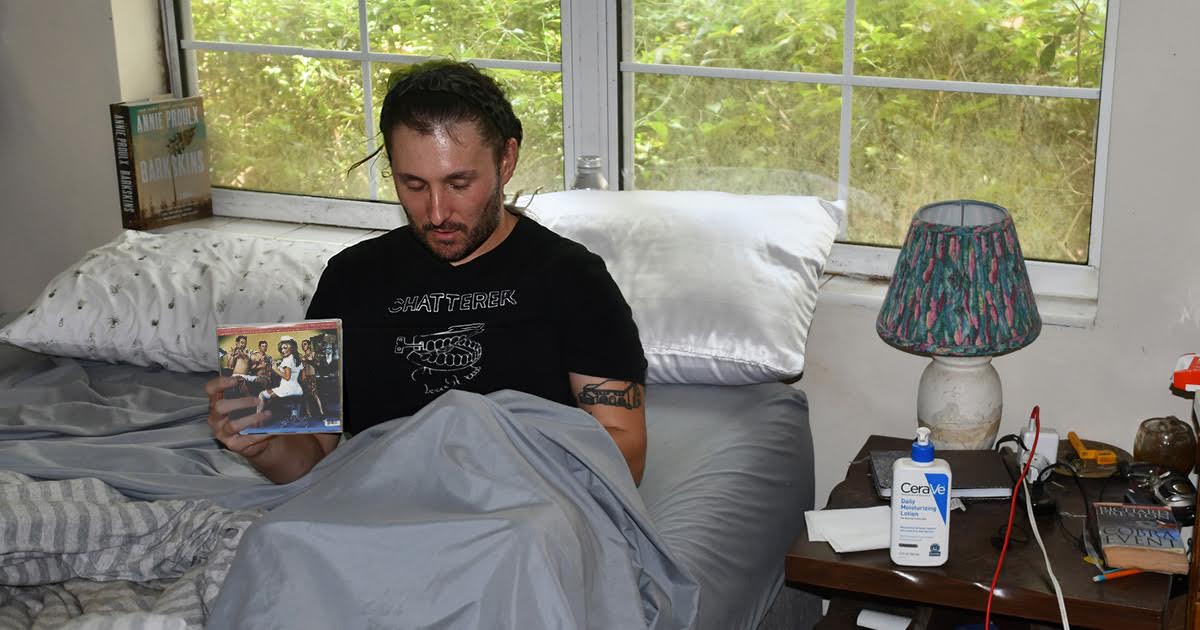 CRANSTON, R.I. – Elder millennial and lifelong pop punk fan Trent Wilshire relived his early teen years by pleasuring himself to completion with only the assistance of Blink-182’s “Enema of the State” album artwork, disgusted roommates reported.

“I was feeling wistful for the simplicity of my younger years when I thought of the perfect way to recapture that feeling; cranking it to the nurse on the cover of ‘Enema of the State,’” proclaimed Wilshire, who has nurtured a lifelong medical fetish ever since the album’s release. “It wasn’t the easiest task. I had to lay off the hardcore xHamster stuff for a couple days so that I would be rearing to go with this significantly tamer material. But it worked out great. I came right as ‘Wendy Clear’ transitioned to ‘Anthem’, and suddenly I could smell the chilly autumn air as I waited for the bus in 8th grade. You can never go back, but you can come close.”

Janine Lindemulder, the model in the image, admits to having complicated feelings about her enduring legacy in pop punk.

Dr Laurie Caldwell, a sex therapist and researcher at Rhode Island College, emphasized that the sexual stimuli in one’s early teens can have powerful effects later in life.

“The images we experience right as our bodies begin developing sexually can be the reason why one person needs a thumb up their ass to get off while another wants to wear a diaper during sex,” explained Dr. Caldwell. “With each successive generation, we see common trends. Blink 182’s album artwork had a profound influence, as did Jonathan Taylor Thomas’ exquisite frosted tips. Mmm…”

Sources indicate Wilshire’s mission to relive nostalgic erotica has hit a snag, as no woman he brings back to his apartment will wear the Britney Spears schoolgirl outfit.