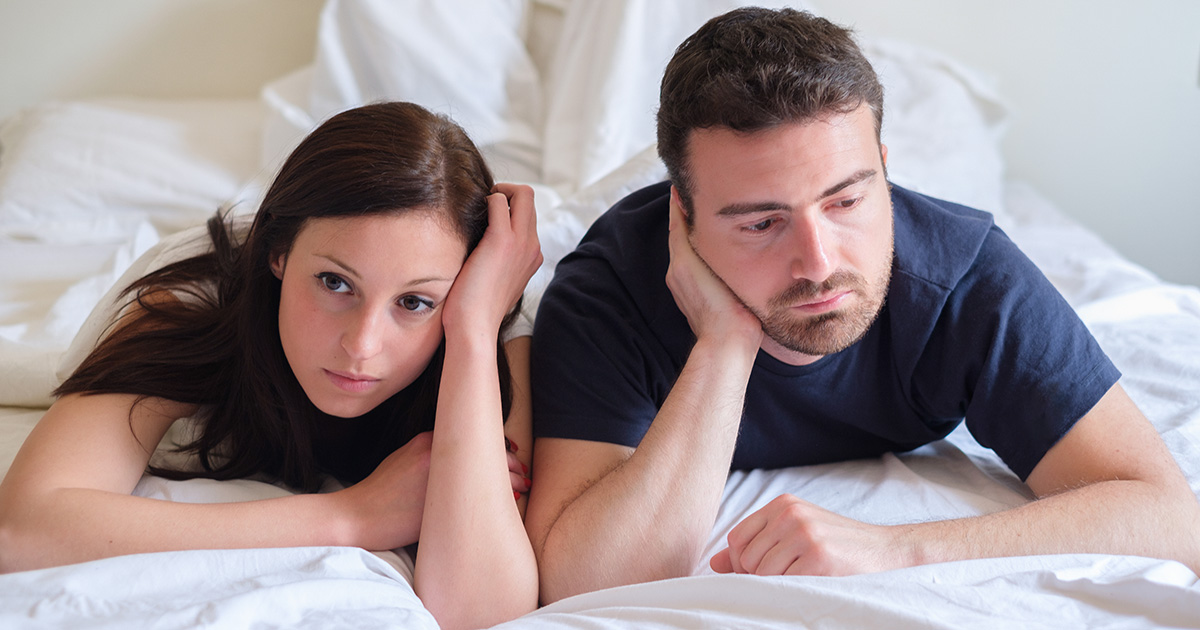 FORT WORTH, Texas — Recent newlyweds and longtime couple Darren Oltowski and Denice Landry have recently begun dabbling in perfunctory, boring, and banal acts of intimacy with each other, disgusted friends reported.

“I’ll admit it, I’m a bit intimidated by banal sex, so when Denice offered the possibility of trying it, I had to talk it over with my therapist,” recounted Oltowski, who was recently tasked with officially breaking up with the couple’s regular third. “I was nervous to try it, but we had short, unenthusiastic missionary sex and were sound asleep like, eight minutes later. It felt so wrong, yet so right. And I gotta say—cleanup is much, much easier like this.”

Denice Landry is relieved to no longer have to maintain the facade that she enjoys wild, kinky sexual encounters.

“For years, we had nothing short of mind-blowing sex involving toys, props, sex swings, and more trips to Lowe’s than a contractor,” said Landry, who thinks she’s closer than ever to the day when she will get eaten out and not have to do anything in return. “But now that Darren and I are married, we have achieved a level of trust in which we no longer put on airs about how wild we are. We are having sex just often enough that it doesn’t have to come up in conversation. And I don’t have to avoid Taco Bell for a day leading up to it, thank God.”

Relationship experts say that most relationships grow and transform in the ways in which physical acts of love are performed.

“You can stave it off for as long as you want, but we all begin experiencing banal sex at some point in our lives,” explained Dr. Sandra Lee, renowned marriage expert. “Some real freaks only ever have banal sex, like those weirdos who get married at 19. Others wait until much later in life. But there’s no reason to get all butthurt about it—functional, everyday sex can be quite enjoyable. And it’s easier to plan with a shared Google Calendar.”

Rumors indicate that the couple is further experimenting with L.L. Bean pajamas in which they can engage in banal intercourse without ever getting naked.