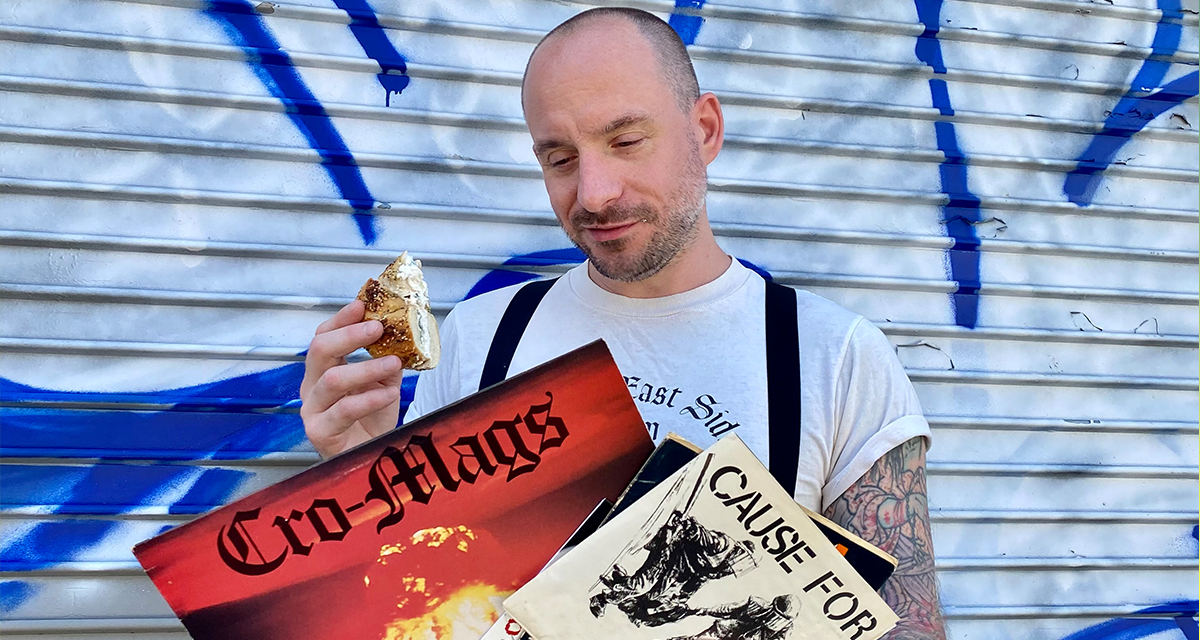 NEW YORK — New York hardcore scene veteran Lance Bianchi continues to assert that the quality of drinking water is one of the key elements that make New York punk and hardcore the best in the world, according to sources who have heard the argument dozens of times.

“Dude I’m tellin’ ya it’s the liquid gold that comes outta the tap. Think about it: We got the best pizza, the best mother fuckin’ bagels, and the best hardcore on the planet,” said Bianchi, sitting on his building’s stoop. “Ever tried L.A. pizza? That shit taste like diarrhea mixed with cheap marinara. And bagels? Forget about it. No lie, I got a bagel once in Cleveland and my crew had to keep me from beating the shit outta the baker. It was an insult. Same goes for hardcore. There are other scenes out there, but they can suck my balls.”

Hector “Knuckles” Garcia, guitarist for NYHC pioneers Chaos in Hell, said that while there are many imitators, no other region has thus far been able to challenge his city’s dominance in the realm of hardcore punk.

“In the eighties some people experimented with shipping New York water to California to help kickstart the scenes out there,” said the heavily-tattooed Garcia as he deftly folded a massive slice of pizza in half. “It worked to an extent. The Circle Jerks and T.S.O.L. were drinking it; Black Flag, too. Some of those bands put out some decent stuff—but nothing like we got here. We’re heavier, we’re angrier. I’m thinking some of the active ingredients just don’t travel well. Maybe you gotta be close to the source.”

Dr. Clara Kosinksi, professor of toxicology at Johns Hopkins’ Department of Chemistry, has conducted several studies on New York water which have yielded some surprising results.

“It turns out that there is something special about the city’s water, which originates in reservoirs upstate,” said Dr. Kosinski. “Minerals specific to that watershed form unique chemical compounds when bonded to heavy metals and contaminants leached from New York’s aging water infrastructure. These compounds have been shown to not only improve the taste and texture of pizza and bagels, they also contribute to increased aggression and impaired cognitive ability, two factors that I understand to be vital components of successful hardcore music.”

At press time, Albuquerque band Blood Bucket had booked a Brooklyn AirBnB to chug water for a week in preparation for their upcoming recording session.