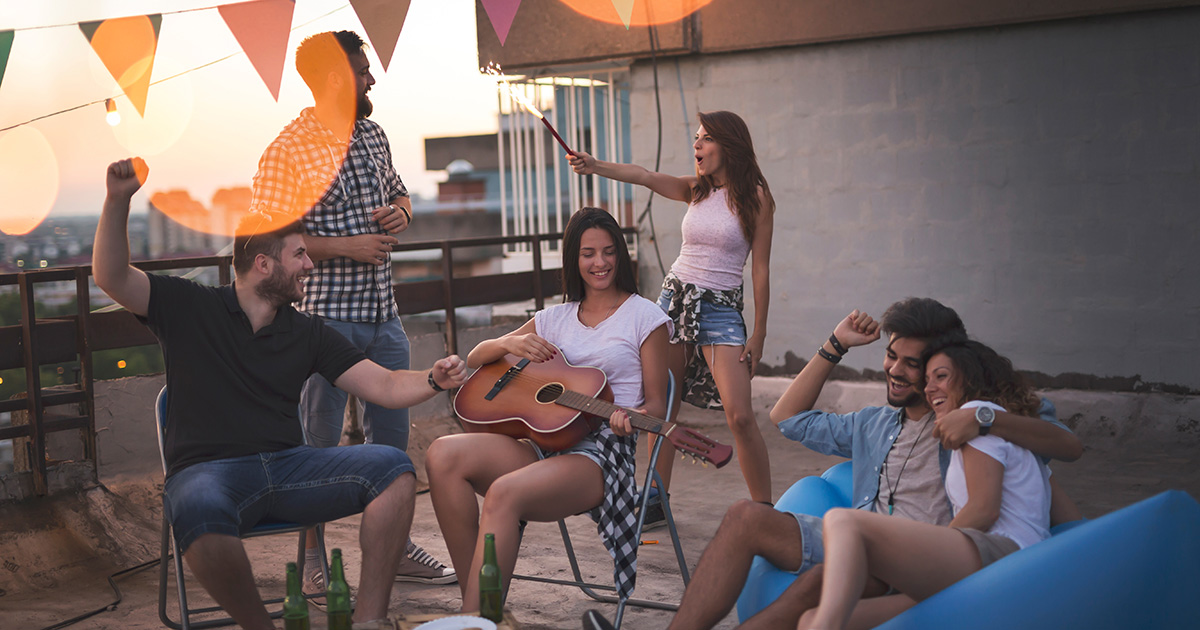 NEW YORK — A team of researchers at Fordham University discovered that “we run this city” is the most common phrase said by affluent, slightly buzzed, zoomers standing on the balconies of their Manhattan apartments.

“We have studied college-age students across New York for the past seven years and the results have been stunning. Young students who have the financial support of their families are 7,000% more likely to pursue a career making digital art and hold nightly get-togethers where they drink straight from a wine bottle and loudly reflect on how ‘this town belongs to them,’” said Allie Carstesos, an analyst that compiled the data. “Conversely, young students that work two jobs just to put themselves through school and live in a ratty Queens apartment are most commonly overheard saying ‘none of this fucking matters’ and ‘I hope today is the day I get run over by a bus.’”

Anna Wallace, a film student at NYU, is one of the many subjects who claim ownership over New York.

“This is my fucking town! We own this fucking bitch!” said Wallace as she drank another White Claw from the penthouse apartment her parents pay for. “Every one of those mother fuckers down there is just jealous. Nobody can fuck with me. I need you to understand this, if you try to fuck with me then you will get fucked with, ok? If you don’t know who I am you will soon. Believe that, bitch.”

Social media analysts helped contribute multiple data points to the study and were quick to single out some of the more troubling findings.

“One thing we see more often than not is wealthy children pretending to be sex workers online. They will often have an OnlyFans and sell used underwear through private Instagram accounts, but on their main account they are on their parents’ boat or showing off their new car,” said freelance anthropologist Demi Howser. “It’s a very strange form of rebellion because every person we asked about this said ‘please don’t tell my parents if they find out they will fucking kill me.’ We really have no idea what’s going on, other than maybe it’s a weird form of street cred.”

Fordham University hopes to soon release a similar study that shows the phrase “do you know who my father is?” is said most often by children born to the Chief of Police.