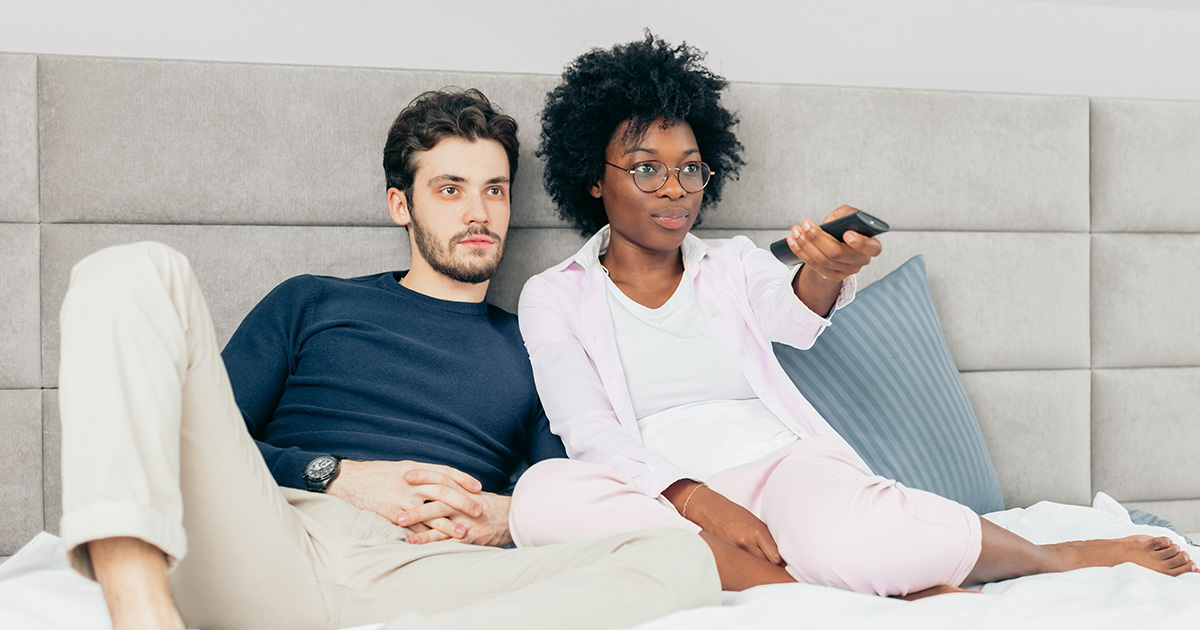 IDAHO FALLS, Idaho — The three-month-old and, until now, extremely sexually charged relationship between Tom Paulsey and Dawn Sunland finally de-escalated last night into watching an entire movie instead of engaging in Olympic-level sexual escapades 10 minutes in, according to friends and neighbors.

“Last Saturday I heard the ‘Jurassic Park’ theme coming from their TV and thought, ‘Hoo boy, it’s fuckfest time.’ I was a little disappointed when I realized that all the hollering and screaming I heard was coming from people being eaten by dinosaurs,” said neighbor Jim Philips, who shares an apartment wall with Paulsey. “I’m not exactly proud to admit this, but their loud, creative, and extremely vocal sexual proclivities had become a sort of starting gun for my own routine, if you know what I’m saying, so this is a real bummer for everyone… except maybe that lady in 3F who gets up at like, 4 a.m. for work.”

While the return to normalcy comes as a blow to neighbors like Philips and the perverts who live below the couple, some mutual friends welcome the change.

“We got coffee yesterday, and she starts talking about how she went to Tom’s place last night and they put on ‘RoboCop,’ and I brace myself thinking, ‘Here comes a big ole’ earful of unsolicited graphic sex details,’” recalled Sunland’s longtime friend Kelly Travers. “But then she just walked me through the plot of ‘Robocop.’ I have to be honest, I’m relieved by the change of pace. Also, I never realized how satirical ‘RoboCop’ was. I might rent it.”

As a sign of further maturity, Paulsey and Sunland have reportedly been showing up to appointments on time again, and even stopped leaving events early because of giggle-laced claims of “work in the morning.”

“Some relationships start heavy, and after a few months of steady, carnal, porn-star level fucking, the brain starts to confuse the constant dopamine release as real, genuine love,” said psychiatrist and relationship expert Dr. Cassandra Aimen, on the couple’s sudden shift. “They’ll spend another three months exploring that delusion by doing ‘activities’ together, slowly exposing their basic incompatibility in the process. After that, they’ll either break up or be back at it like jack-rabbits.”

At press time, the pair was being led into an axe-throwing venue by another couple who were celebrating their two-year anniversary and looking mildly confused.