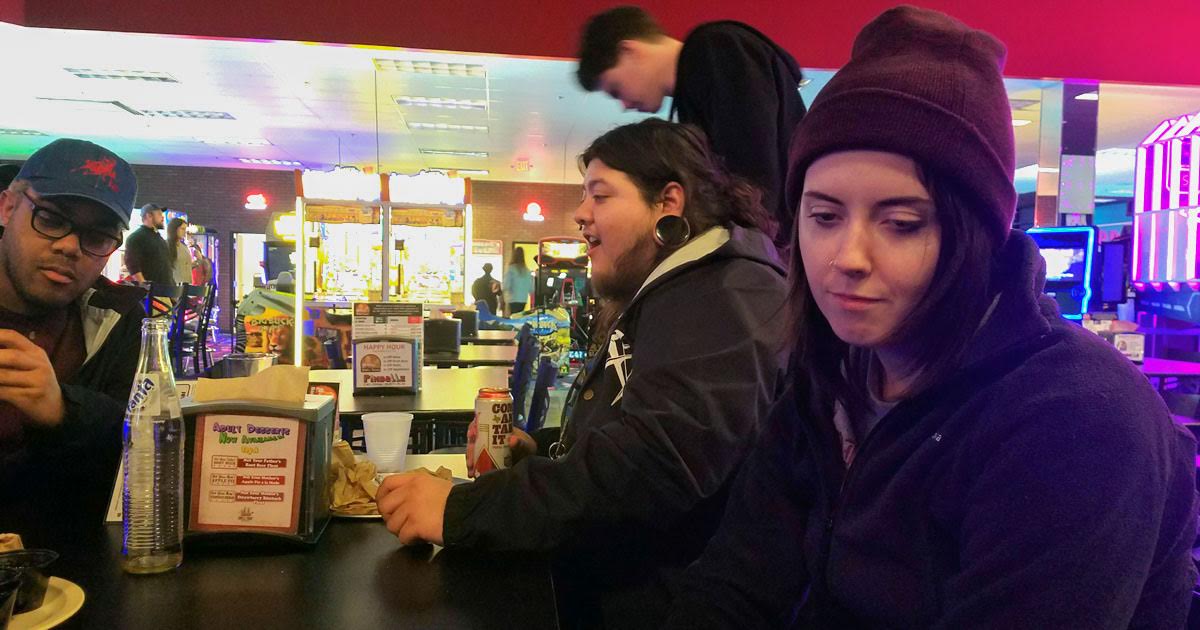 PORTLAND, Ore. — Friends of local man Jeremy Torres are unsure if his new girlfriend Laura Kelly is incredibly laid back or in desperate need of intervention due to terrible depression, multiple sources report.

“I’m really not sure what to make of her. It sounds like they watch a lot of TV — Jeremy said they’ve already completed The Office four times, and they’ve only been dating for two months,” said longtime friend Janet Rosen. “He seems so happy — it’s been some time since he had a ‘normal’ relationship. But he says her favorite episode is ‘Scott’s Tots,’ which worries me.”

“They seem to have a lot of similar interests,” said Jacobs. “Every time I go over, they’re getting high and playing Mario Kart together. That’s so cool, dude — my girlfriend never does stuff like that with me. Actually, now that I think about it, she usually just lets him play. Most of the time, she’s right by his side… watching him play, packing bowl after bowl.”

“That girl really knows how to party,” he later added. “She can totally drink both of us under the table. I only wish they’d come out and do it with the crew sometimes — not just sitting on their bathroom floor.”

Torres insisted that his new relationship is filled with adventure, and that he loves learning new things about Kelly.

“We’ve reached a place where we’re very comfortable with each other. We, like, relax and chill out in sweatpants — sometimes not moving or changing for days at a time,” said Torres. “We do all the classic stuff people in new relationships do: sleeping in late… sometimes well into the evening, actually. We love to do breakfast in bed. And lunch. And for some reason, a lot of raw cookie dough.”

For her part, Kelly seemed to share her boyfriend’s enthusiasm for the new relationship in her own way, barely containing her adoration for Torres.

“Who, Jeremy? Yeah, that guy’s alright, I guess,” she said, never breaking her gaze from the TV. “He’ll be around until he isn’t, and then there will probably be another one. Who cares?”