Netherlands Celebrates Fourten Twitzen, A Day Where Sober Children are Beaten With a Sack of Oranges by Sinterkush 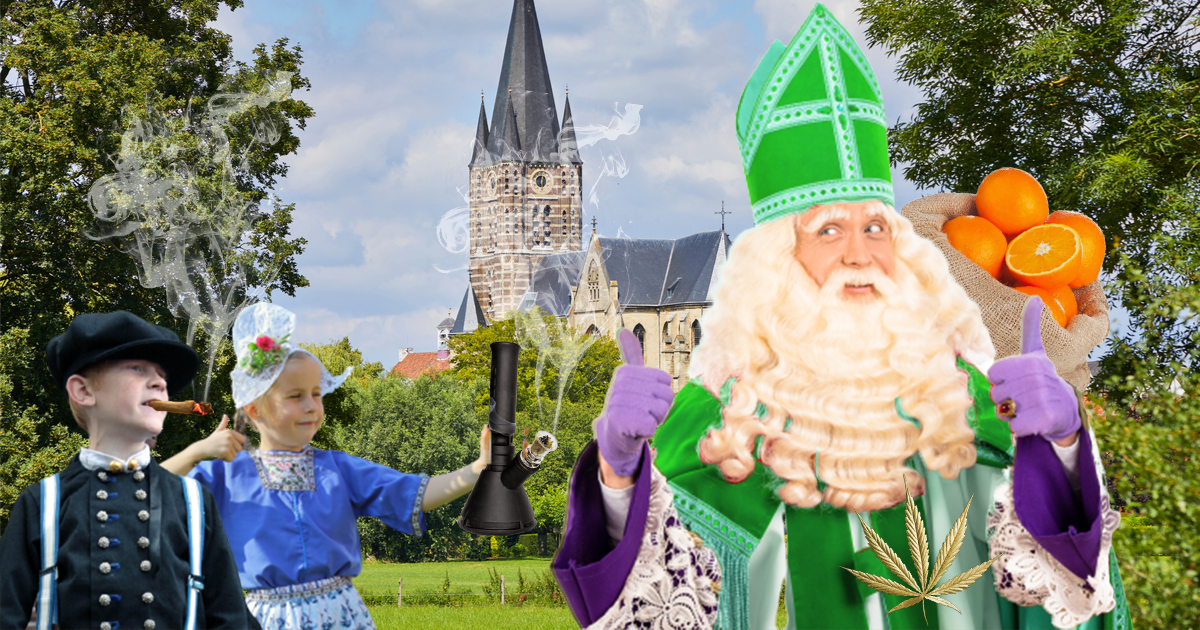 AMSTERDAM — Festive spirits are high in Holland today as the nation celebrates Fourten Twitzen, their version of 4/20 day, where children who refuse to smoke enough sticky kinderbud are playfully beaten with fruit by an impish figure known as Sinterkush, according to local legends.

“Ya, today we tell de children ‘Make sure you toke de reefer or de Sinterkush will pummel you with de fruit sack,” explained Heinrich Von Klyde, a jovial Dutch father of four. “It is much fun to be had for children to be doing the smoke drugs, and if they blaze hard enough the Sinterkush will reward them by filling der hats with Cheetos for da munching. Really it is me. I fill de hat with de munchy Cheetos, but you mustn’t tell dem!”

Sinterkush was said to be a kindly old church deacon who sold weed on the side to make ends meet in the early 19th century. The modern version of the mythical stoner lives in a magical apartment with friends and drives a Volkswagen bus that only children who are pure of heart and stoned out of their minds can see. Despite all of this, some children still live in fear.

“I am so worried dat I did not rip enough of de smoking bong, and dat de Sinterkush will order his slave monkeys to hold me down and beat me with de apples,” confessed Gunter Ergman, a 12-year-old boy with only slightly reddened eyes. “I could not hold back de coughing on der Purple Urkle, and dat makes de Sinterkush become angered and powerful. I pray dat Mader will cook me an edible!”

Most Netherland provinces throw festivals to commemorate the day, typically consisting of a parade and the crowning of the highest child.

“Ya, de child who do de most of drug smoke is crowned de high-child of all de land,” explained Friesland Province Commissioner Herman Zonvun. “He or she is given de reefer crown and vill be carried by de townsfolk to de apartment of de Sinterkush, vere dey vill order Pizza-Hut, watch ‘The Matrix,’ and then take de nap.”

While Fourten Twitzen remains one of the Netherlands’ most time honored traditions, some elements of the holiday have not survived into the 21st century.