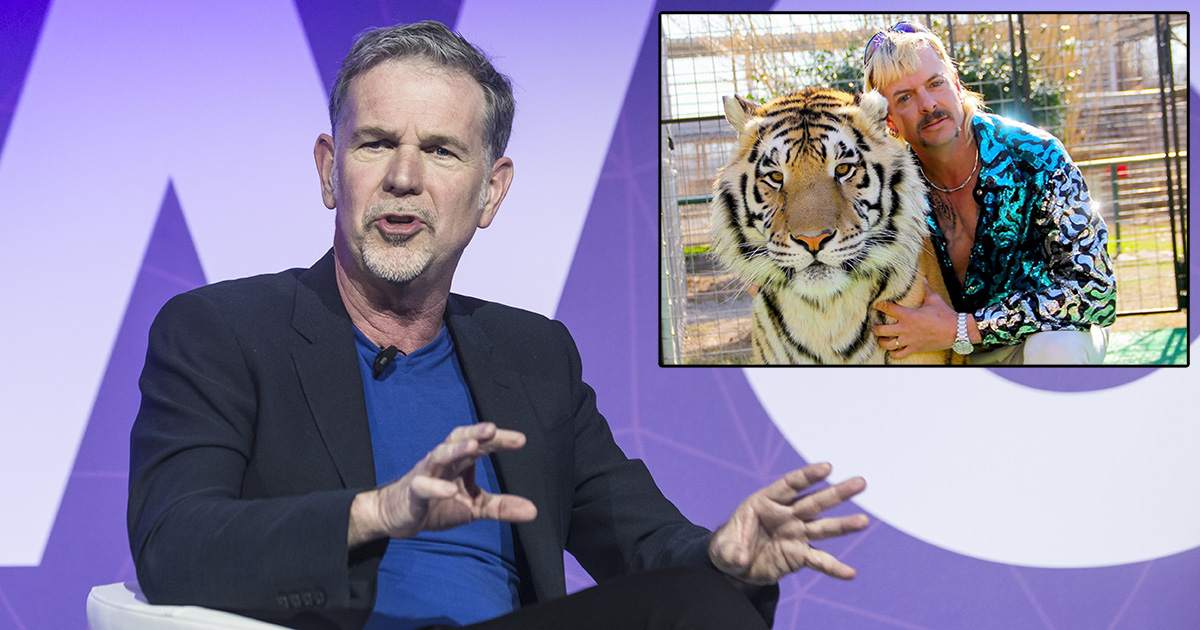 “Every focus group we tested came back with one question: ‘What kind of Kafkaesque shit did I just watch?’” a pajama-clad Hastings said during the Zoom teleconference. “Most documentaries contain one very specific through-line that remains constant for the feature’s duration. ‘Tiger King,’ however, has dozens of subtle nuances and complex themes you definitely missed the first time around. It’s essentially 25 bat-shit documentaries wrapped into seven ‘not nearly long enough’ episodes. Do your part during this pandemic and watch this series several times over.”

“The more you watch that there documentary, the more you’ll see I’m totally innocent — at the very least I’m a modern day Jean Valjean,” said Maldonado-Passage before restating to the prison barber in great detail how he wanted his hair cut. “All you have to do is completely ignore my televised death threats and homicidal role-playing performances clearly directed at Carole Baskin… as well as all that money I transactionally gave that thick lump Allen Glover specifically to end Baskin’s life. Besides all that, it’s pretty obvious I ain’t do nothing.”

“I bought a bunch of stock in Netflix right before this whole pandemic went down, so it was a financially fruitful extension to grant, from my perspective,” Newsom said during a closed door meeting. “We want to get this economy back up and running at some point, but before we can do that, we need to truly understand what in the hell this documentary is about. We ask every citizen to please stay home to limit the spread of coronavirus and, more importantly, flatten the curve of confusion surrounding this baffling Netflix series. Also, I’ll make a few extra harmless bucks on the side. It’s a win-win.”

At press time, Hastings had ordered several “Tiger King” spin-offs to be released immediately to keep the general public talking about the series rather than the COVID-19 pandemic.