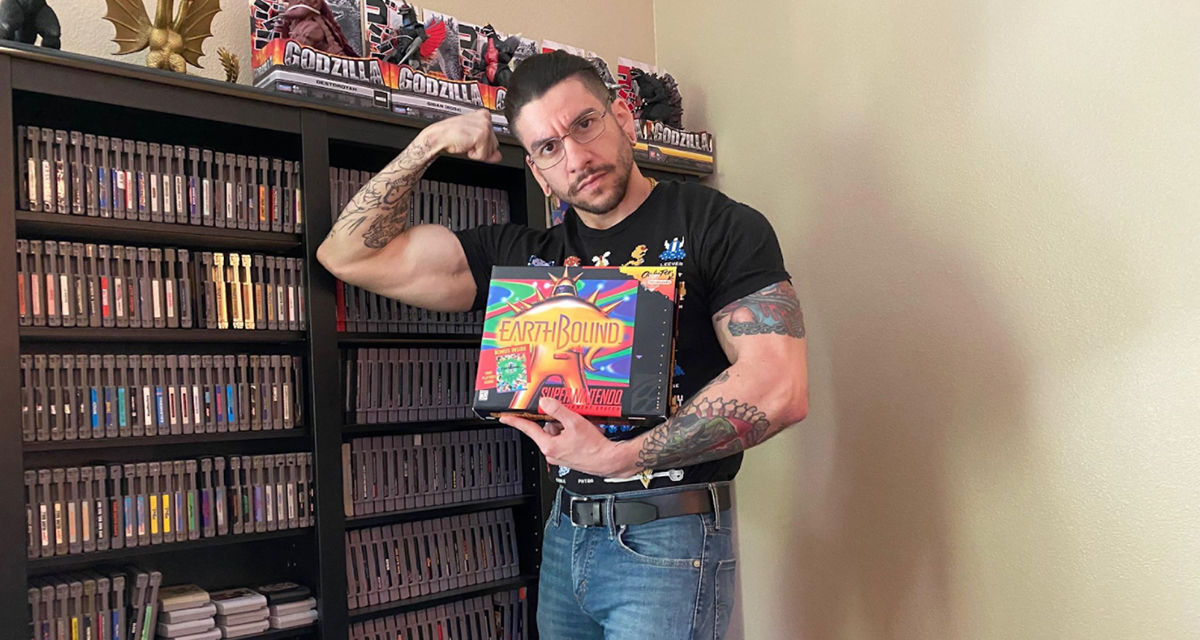 ANNAPOLIS, Md. — Lifelong nerd Nate Guajardo emerged from a local Planet Fitness facility today “beefed out as fuck” after being trapped inside the gym for two months due to coronavirus quarantine guidelines, blushing sources confirmed.

“Frankly, we were shocked to find him alive, let alone unrepentantly yoked,” Planet Fitness Director of Programming Ashley Moore said upon reviewing the facility’s security footage. “What’s truly amazing is how [Guajardo] fueled his monstrous gains using only junk from the vending machines — we’re talking triple-digit Honey Buns and thousands of Little Bites mini-muffins, half of which would kill you or I. R&D has hypothesized that his basement-dweller diet, which already consisted of mostly synthetic pastries, primed his body to thrive in this captivity environment.”

“Thanks to Nate, we’re developing similar programs to help us fully saturate the nebbish weakling market,” she added.

Guajardo seemed satisfied with the changes in his appearance.

“Some kinda silver lining, huh!? There’s a new Geralt of Rivia in town, and his name is Nathan,” said the bonafide dork while flexing his 22-inch biceps as he powerfully wielded a metaphorical sword against his many bullies. “Apparently there was an announcement about closing the gym indefinitely because of some nasty cold going around, but I was too focused on my Switch to notice. Once I realized I was stuck, I took a good, hard look at the jacked avatars I’d been controlling and asked, ‘Why not me?’ I reframed weightlifting as grinding, and now I can legit smash a crate just by dive-rolling at it.”

Initially encouraged that her son’s new physique would improve his love life, Nate’s mother Sheri Guajardo sadly realized his personality is the same.

“We were hopeful Nate’s glow-up meant we’d see some grandkids in the not-too-distant future,” Mrs. Guajardo said with a sigh. “Certainly there’s more interest, but Nate just stays downstairs rearranging his Godzilla toys, every now and then surfacing to lift weights in the garage to that song that goes, ‘Wake me up, wake me up inside.’ Seems she’s the only woman he likes…”

At press time, Guajardo was reportedly mixing red Mountain Dew into his pre-workout routine to sharpen his focus for a no-death Souls run.