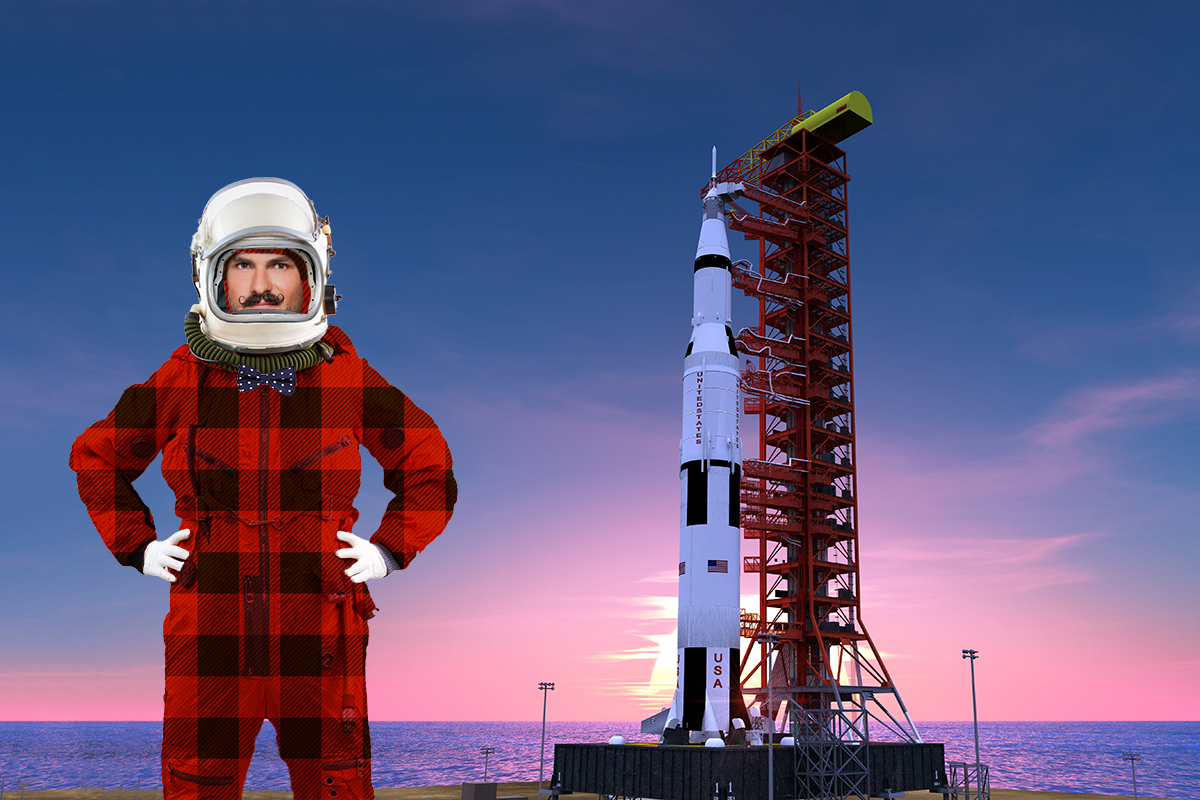 WASHINGTON D.C. – NASA successfully launched an art student into space today, beginning a new era in space exploration where the National Aeronautics and Space Administration will attempt to gentrify Mars.

The success of the mission — a scientific and engineering feat unparalleled in human history — centers around Anthony Baker, a 27-year-old art student and first-time astronaut who won’t be paid for his participation due to his outstanding student loan debt owed to the federal government, incurred by studying Film and Gender Studies at NYU for nine years.

“Mr. Baker is a quick learner,” Maj. Gen. Charles Frank Bolden, Jr., NASA’s head administrator, said in prepared remarks. “We had some original difficulties related to him requesting one of our highly ineffective ‘Old School’ suits from the first moon landing, but he eventually acquiesced after we put a plaid pattern on one of the new suits and told him it was a ‘limited edition throwback.’”

The harrowing trek will see Baker traveling through space for eight months before executing a complex, never-before-attempted, human-guided landing procedure on the red planet. Once on the surface, Baker’s mission is to settle and terraform the culture by jacking up rent prices and driving out any intelligent life.

“It’s chill. The guys from the collective are going to run my tape label crowdfunding campaign while I’m gone,” Baker said in a press conference before the trip. “All I have to do is live in my billion-dollar Mars apartment and the rest of the mission will kinda just fall into place.”

Not everyone is as nonchalant about the mission as Baker.

“Eek oah takkk-takkk EEEEE,” said a local resident who was born and raised in the west side Mars neighborhood, and requested anonymity due to fears the U.S. government is tracking him. “Beeta illomaz BAK BAK — trust fund — kalop PIK PIK.”

After successfully setting up a biodome where he can cultivate plant life and sustain himself until new supplies arrive, Baker plans to give back to the community by heating up the surface of the planet with a small nuclear blast so it’s more comfortable for future humans.

“Oh yeah, it’ll still have that real authentic Mars feel, with all the red mountains and shit — just a little more habitable for our kind, ya know?” Baker said of the transformation that will destroy thousands of lives. “And we’re going to open up a great Mars-themed coffee shop right over there.”