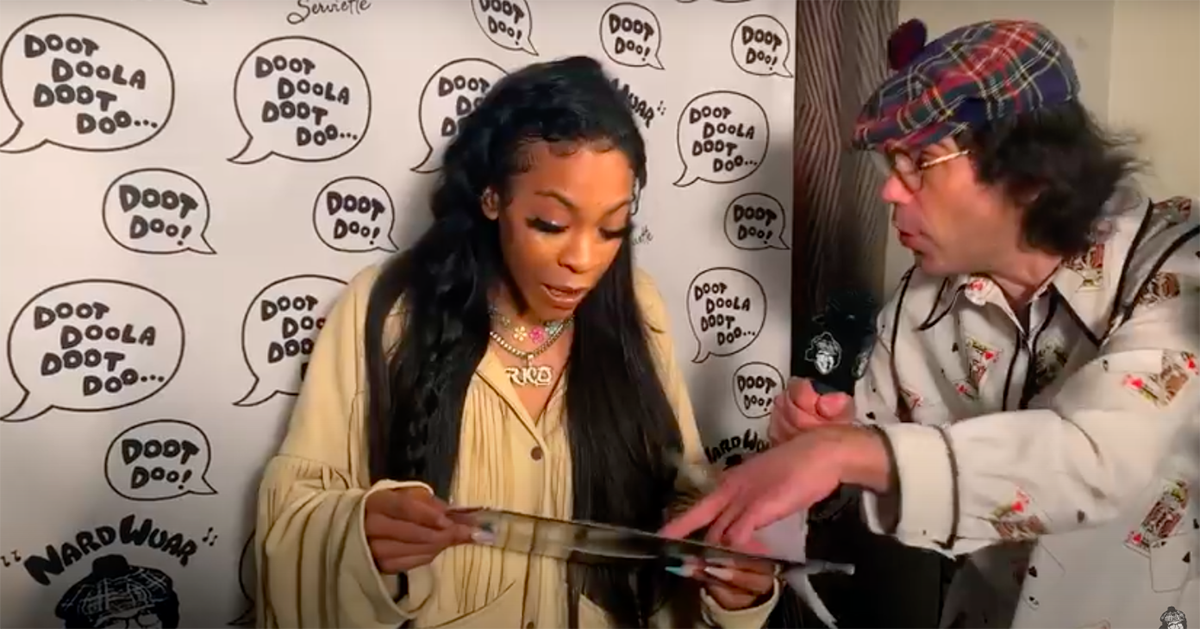 VANCOUVER — Famed musician and celebrity interviewer Nardwuar the Human Serviette has nearly finished his quest to dump his scratched, broken, warped, or otherwise unplayable vinyl records on his unwitting subjects, according to sources.

“Welcome to Vancouver, British Columbia, Canada! Where every record store has banned me from selling my collection because the records are somehow so damaged they break turntables,” stated Nardwuar, who has also been banned from all major music venues for sneaking into HVAC vents to interview subjects. “It wasn’t always like this. I used to give the interviewee nice presents! But once those meanies like Sonic Youth, Lydia Lunch, and Blur bullied me and took my hat, I had to get revenge.”

Nardwuar’s fans were dismayed to learn that his interviews were not quite as benevolent as they seemed.

“I’ve fallen down YouTube wormholes watching Nardwuar for days on end, and I thought he was one of the few saints of the music world,” explained former fan Kelly Yanowski. “But there are few crimes worse than passing off a non-working vinyl record as a gift. What’s next? Fantano doesn’t actually listen to music? Marc Maron is actually a happy guy? I don’t know what’s real anymore.”

Even worse, some of Nardwuar’s subjects spoke out against the interviewer’s kindhearted facade.

“You know, I can sniff an asshole from a mile away. Six years in a sweaty van with Black Flag will do that to you,” explained famed singer and poet Henry Rollins between deadlifts. “But Nardwuar is a special breed — he acts all coy and gives artists dusty, fucked up Germs records to manipulate them into sharing their secrets, when in reality, the only way to the top is to work hard. Work your fingers to the bone. Burn the midnight oil. Push yourself further than you’ve ever gone before. Bleed for your art. Sorry, I legally have to say stuff like this every time I speak.”

Nardwuar’s troubles only deepened after accusations surfaced that he is not even actually from Canada, upon which Kid Cudi demanded Nardwuar show his birth certificate.