Mythbusters Reunite to Tase Each Other In Balls 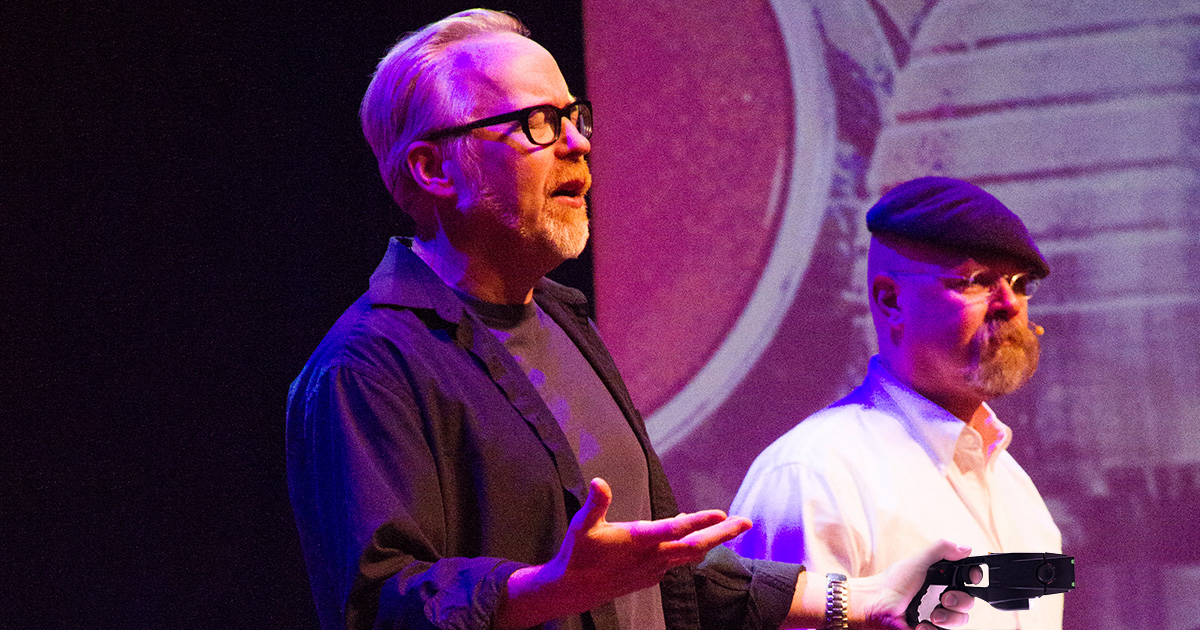 SAN FRANCISCO — The hosts of the Discovery Channel show “Mythbusters” reunited yesterday to test the myth that a man died by tasing himself in the testicles while taking part in the riot at the U.S. Capitol Building last Wednesday, sources close to the production confirmed.

“When we ended ‘Mythbusters,’ we were near certain that we’d come back to do some kind of reunion show,” said host Adam Savage, while being fitted in a set of custom underwear with electrodes rigged to send 30,000 volts straight to his testicles. “We had to come back with something big, and we needed to find out if a taser that accidentally discharged while you were trying to loot the halls of a Capitol Building and struck you in the testicles would result in a fatal heart attack. I’ve got a bunch of ballistic gel models that we’re going to light up before we test this on my own family jewels.”

Savage’s co-host Jamie Hyneman oversaw the construction of the test setup, as well as the safety measures necessary to test the myth.

“We actually asked the ‘Jackass’ guys how they would set something like this up because we figured they had probably tried this like, 15 years ago,” said the veteran Mythbuster. “Basically what we ended up with is two tasers, which we’ll shoot at each other’s balls. We have a couple of paramedics here if things get out of hand, but otherwise, it’s mostly just going to be two half-naked men pointing and shooting tasers at each other’s junk until one of us latches on.”

Also returning in this Mythbusters reunion is folklorist Heather Joseph-Witham, who helped out in the first season providing context to the myths, and what they say more broadly about our culture as a whole.

“What is a man tasing himself in the balls to death?” she said. “It’s a betrayal by the very thing which was supposed to protect you. It’s Achilles, it’s Samson. It’s Frankenstein and The Terminator. But beyond that, it does something that none of these stories do: it has a guy who shocks his nuts and then dies while participating in one of the most foolish political stunts in American history.”

Following a full day of taking turns tasing each other in the balls, both Savage and Hyneman suffered non-fatal heart attacks, which led them to give the verdict of “Plausible” to the myth.