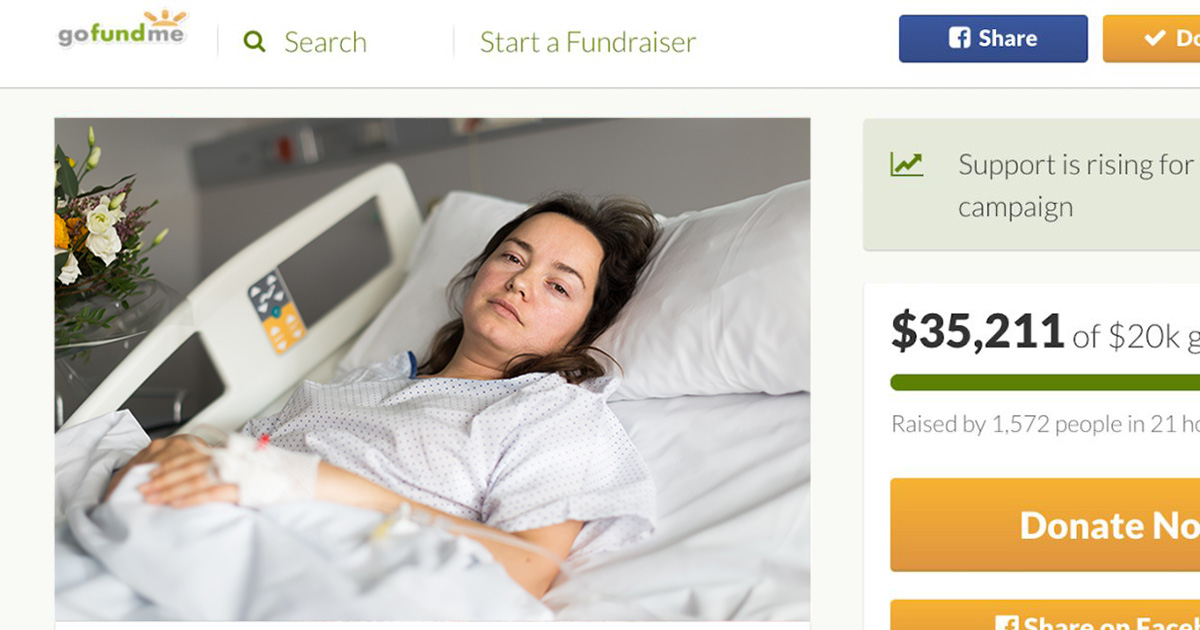 KNOXVILLE, Tenn. — No wave/post-punk musician Isla Porter’s only goal in music is to become famous enough to meet a GoFundMe goal should a medical issue arise, the musician’s collaborators reported.

“Look, music is great and all but I don’t need to blow all the way up, I just would like to know I have a little security in the future. God knows I won’t ever have enough money saved to help me if I fall loading into a venue or if this scab gets any more infected,” said Porter, whose minimum wage side gigs offer no benefits whatsoever. “So I think all I need is like, two Pitchfork ‘Best New Music’ awards, and I should be able to get enough people to donate or at least share any fundraisers for the next decade. I don’t need to be nominated for a Grammy or given free guitars by Fender. I just don’t want to die for something stupid.”

Gretchen Carlisle, spokesperson for GoFundMe, revealed that over 85% of the company’s campaigns are for musicians.

“GoFundMe is increasingly being used by indie musicians who rely on us for fairly typical medical bills,” stated Carlisle. “And it makes sense. If you want to put effort into any sort of creative vocation, you should know that you are taking your life into your hands. We provide the platform, but your audience better show up to help you out. I wish Isla luck but I’ve seen her Spotify numbers so I’d encourage her to take out some loans and go back to school.”

James Murphy, frontman of LCD Soundsystem, admitted to starting the behemoth festival headliner act out of a similar fear.

“Not many people know this, but I recorded the first LCD demos hours after I felt a lump on my testicle in the shower. It ended up just being my epididymis, but it scared the shit out of me,” stated Murphy, whose wine obsession started after reading that wine may contain cancer-fighting compounds. “My prime artistic motivation has been to be able to pay off medical bills. ‘All My Friends’ is a fantasy about everyone chipping in for knee replacement surgery when I’m old. And ‘Daft Punk is Playing At My House’ is about a failed fundraiser I tried to host for an upcoming root canal.”

Experts agree that Isla Porter’s chances at survival dropped dramatically after a disgruntled ex gave her most recent EP a 1-star review on Amazon.