Musician on First Date Checks Set List for Next Anecdote 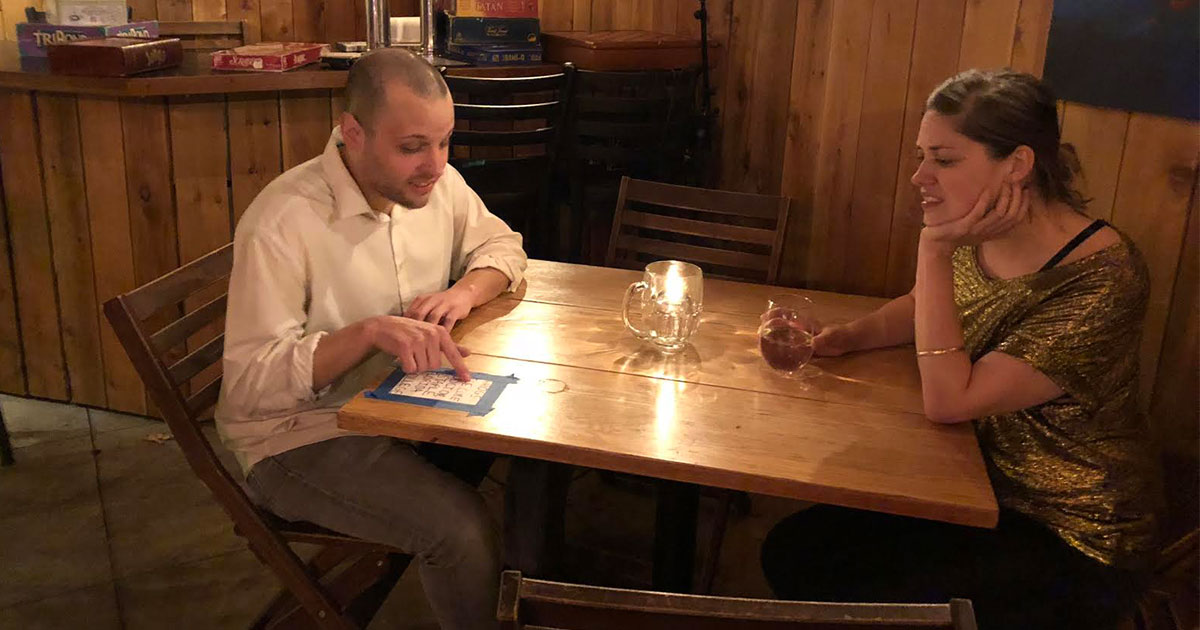 PHILADELPHIA — Guitarist Pete Leinbach reportedly stuck to his pre-planned list of “hit” anecdotes during a first, and likely last, romantic encounter at a bar in Fishtown this past weekend, his incredibly bored date confirmed this morning.

“He seemed pretty interesting at first — when I asked him about his day, he launched into this colorful story about a customer at a record store recognizing him from a show,” said Kelsey Tanner, who met Leinbach on Tinder. “But when I asked about his band, he transitioned seamlessly into talking about the tour he was just on for, like, 15 minutes. That’s when things got weird.”

Waitstaff confirmed an increasingly wary Tanner nodded along as Leinbach weaved his way through an assortment of honed, vetted stories, conveniently highlighting his successes.

“Pete? He’s in here a lot,” said bartender Maria Byrn. “Always seems to have a different girl with him. We all know his routine by now, and we try to help him out — he means well, and he knows how to tip. But once that first bathroom break hits, I’ve got 10 minutes before his story about rescuing a sea turtle while on tour in Florida. That’s when I go drop the check. He doesn’t like when we ask his dates if they want dessert.”

“Every date I go on is the most important date of my life,” said Leinbach from his car. “I bare my heart and my soul in front of these women almost every night, and hopefully, that keeps them coming back for more.”

While Tanner described the lonely 29-year-old as “corny and sad,” she ultimately wasn’t entirely put off by the lackluster date.

“Honestly, I’m not sure why he went through all this trouble to impress me,” said Tanner. “It’s Tinder. All he had to do was show up and look like his pictures. I’m just trying to get laid.”