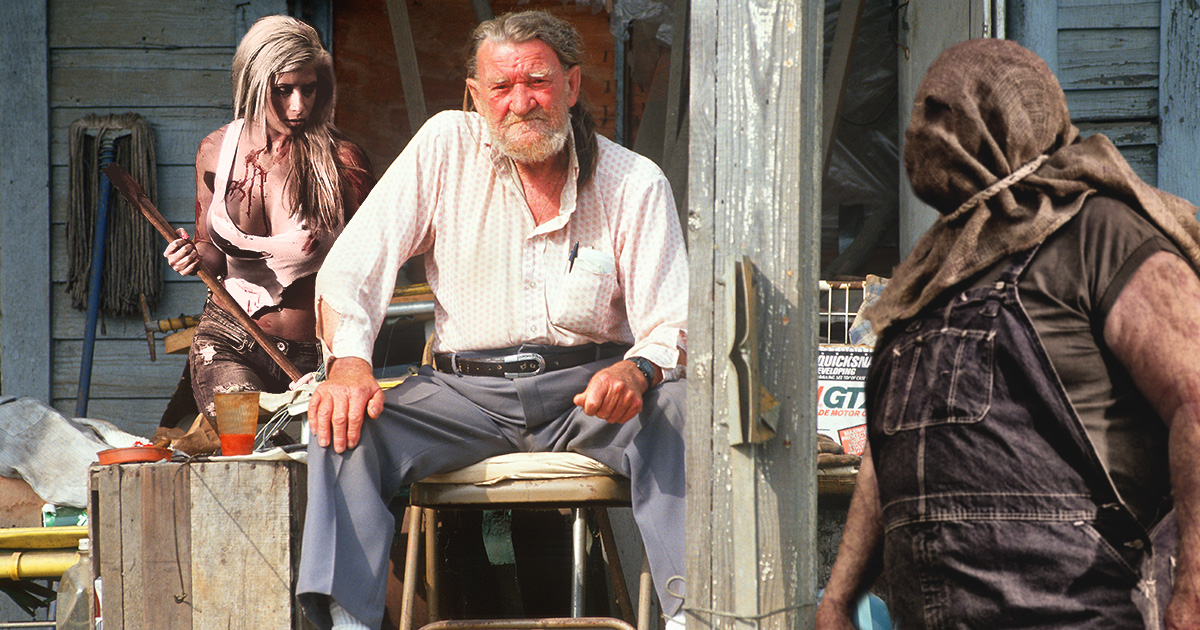 “Being an incestous, psycho, nuclear family is an American tradition. But all those Hollyweird movies act like we’re nothing but animals that want to kill people who wander into town. This is our culture. I don’t walk into your fancy California parties and tell you that you’re eating caviar wrong,” said the clan’s Father/Uncle Johansen Fletcher as he defrosted the human meat freezer. “I get that luring drunken college kids to a dilapidated house and eating their skin isn’t everyone’s bag. But we’re human beings and deserve to be treated as such.”

Far right blogger and current Fletcher family hostage, Chet Hawkins is a proud supporter of this classic way of living.

“I feel very fortunate to meet up with a fine American family like the Fletchers. Sure, a lot of global elites would look at me hanging here on this meat hook and expect me to be a nanny state loving commie. But if I didn’t want to be picked up off the side of the road and flayed alive by some grunting man-child wearing a skin mask I should have made sure to avoid the spike strip they set for me. This is about accountability folks,” yelled Hawkins over the sound of a rusty band saw. “A wise man once said I don’t have to agree with your opinion, but I will die for you to have it. And I am literally going to die for these people to have it. End cancel culture. AHHHHHHHHHHHHHHH!!!!”

University of Alabama Cultural Studies professor Andrew Barnes, feels the plight of the isolationist family has been harmful to the fabric of society.

“The rural lifestyle has taken a beating over the years. They’ve never really recovered from ‘Deliverance.’ I mean you’re more likely to drown in your swimming pool than be killed by one of these families. I don’t see anyone trying to get an angry mob together to torch all swimming pools,” said Barnes. “We have to welcome these people back into the fold. Not push them further out. One sip of the Fletcher family mystery meat stew and you’ll see that these folks aren’t the boogeyman. The Boogeyman clan is in Mississippi.”

Mr. Fletcher was unavailable for further comment as he was busy sewing a quaint nipple belt for his Mom/Aunt’s birthday.