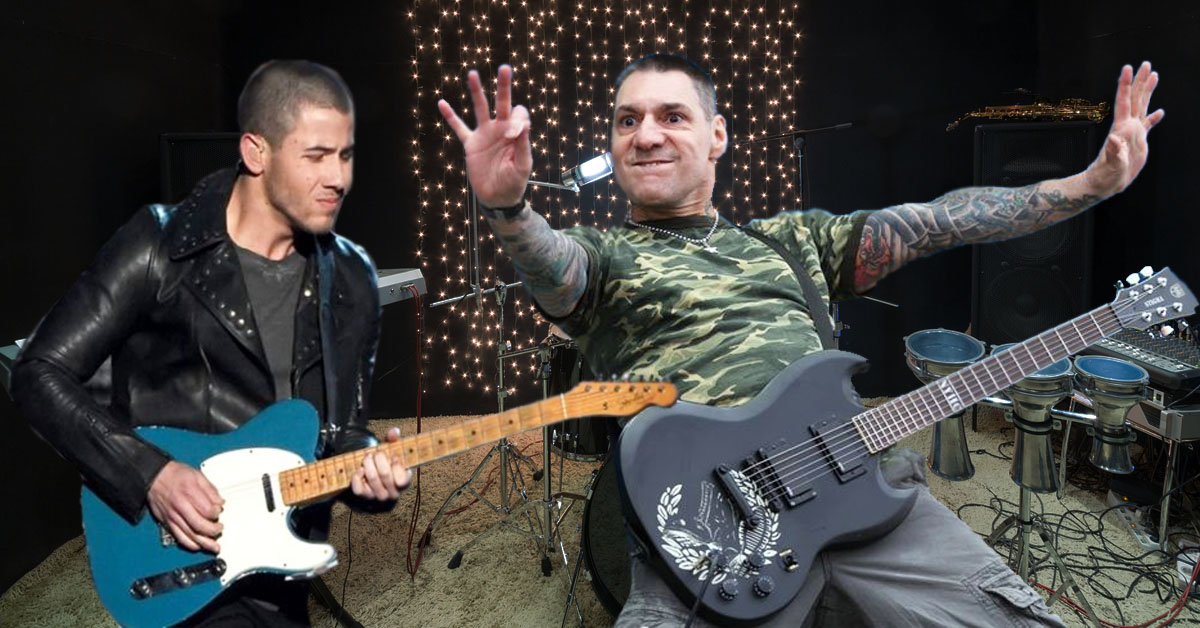 Sources within the “NYHC family” confirmed Stigma met with Jonas on Monday and showed him a number of his secret techniques for performing a perfectly inaudible guitar solo.

“Yo, I saw that poor kid struggling up there on the TV, and I knew I could help,” said Stigma. “Skinheads and punks united and strong, worldwide — that’s what I’ve been saying since ’81.”

Sources close to the Agnostic Front guitarist believe that Jonas’s shaved head and leather jacket seemed to have confused Stigma into considering him a member of the hardcore community.

“I just told the kid what I’ve been knowing for years, spreading that hardcore reality,” said Stigma in an interview. “Yo, first off, make sure you got your strut down and your face looks mean, that’s most important. Then turn your volume knob all the way down, and when it comes time for your solo, move up to the front of the stage and shred right in their fucking faces. Just make sure that volume knob is turned down, or maybe just don’t plug into the amp. If you don’t do this any good sound guy will realize he needs to do that for you.”

Jonas, at first reluctant to take the advice from Stigma, is reportedly considering adding the signature, silent Stigma guitar solo to his future performances.

“I guess no solo is better than the solo I played on Sunday,” said a dejected Jonas. “It’s just a bummer thinking of my fans missing out on that part of my show. . . I know I’m always bummed when I see AF and Roger yells ‘STIGMA!’ in ‘Power,’ and then it’s followed by silence instead of the solo.”

“No way, man. If his singer had yelled ‘JONAS!’ and then he just punched the air and mouthed the words to his verse, that place would have gone off.”