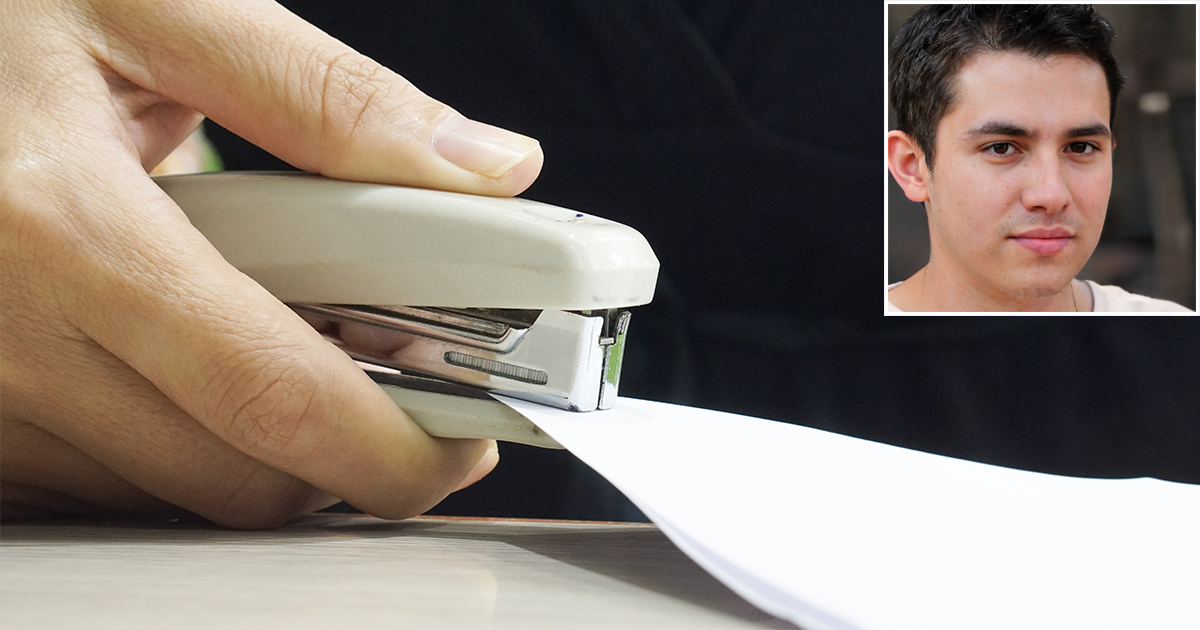 SAN FRANCISCO —  IGN game critic Michael Sherman has reportedly cracked under the pressure of his job and issued a review of the stapler in his office, which describes it as, “positively oozing with charm.”

“Simply put, this is the best stapler in the franchise to date,” began the review published by Sherman com late one night after everyone else had left the office. “The buttery smooth controls of this newest stapler are truly a triumph of design. Utterly groundbreaking.”

He continued praising the stapler, saying it was “lovingly crafted” and a “killer app.” Adding to these buzzwords, he vocalized how difficult the new stapler could be, calling it “tough-as-nails hard at times,” and, “a worthy challenge.”

Coworkers report that this is merely the latest in a series of signs that Sherman has been overworked, dating back several months.

“He had to finish a 60 hour game in like, 7 hours, then write a review for it,” said fellow IGN employee Joshua Steadman. “Happens all the time. This one seemed to have broken him, though.  Something about his eyes. There was nothing there. It would appear that the immense toll of game journalism proved too much for him.”

Following our initial interviews, several IGN employees reached out to express concern at Sherman’s continued focus on reviewing the stapler and all of its peripherals.

“I stopped by to check on him the other day, and he was doing an unboxing video in his office,” said fellow IGN employee Robin Vickers. “Which doesn’t sound so strange on its own. However, it was just a box of staples, and as best as I could tell, there was no recording being made. He just kept pulling out strips of staples and talking about how they’d fit into the ‘franchise,’ which I guess means the stapler. I hope he gets some time off soon.”

As of press time, Sherman’s stapler review was causing controversy online, with many commenters stating that an 8 out of 10 was too generous.