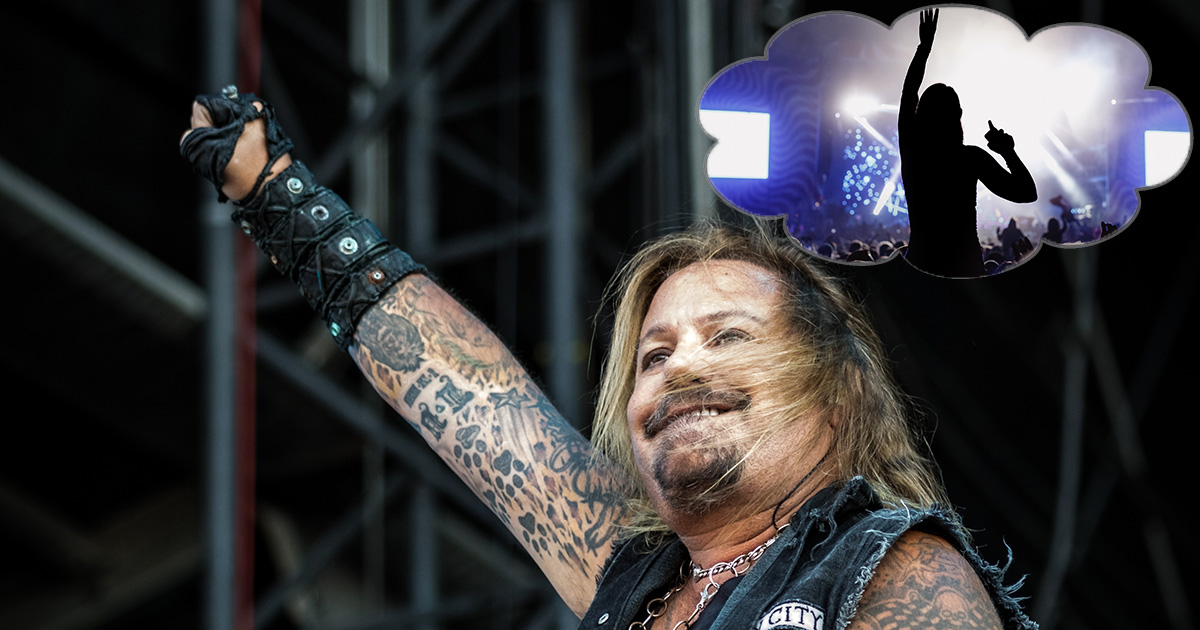 HOLLYWOOD, Calif. — Every member of seminal hair metal band Mötley Crüe have, several times a year, thought back to an anonymous woman who exposed her breasts to them on the “Dr. Feelgood” World Tour in 1989, the band admitted in an interview recently.

“I remember it like it was yesterday,” bassist Nikki Sixx reminisced. “November 25 — the MetroCentre in Rockford, Illinois. We were halfway through ‘Live Wire’ when I looked out into the crowd, and this woman on a dude’s shoulders lifted up her ‘Crüe Slut’ T-shirt. I mean, we’ve sold millions of records, toured the world, won Grammys… but for her to expose her womanhood to me as a symbol of her fanaticism, I’ve never seen anything like it. I barely made it through the rest of the song, and I don’t think I slept that night. It was just so wild.”

The woman, however, doesn’t seem to have given it a second thought.

“I mean, yeah, I’m pretty sure I flashed them. To be honest, I flashed a lot of bands in 1989,” the woman, who would like to remain anonymous because she is now a married mother of four, said. “Ratt, Poison, Skid Row on multiple occasions, Warrant… honestly, I’d flash you in the parking lot of the arena for a beer. These puppies got me into more concerts for free than I care to admit. But it’s adorable that the boys remember me.”

Drummer Tommy Lee’s ex-wife, actress Heather Locklear, also remembers the incident, but not nearly as fondly as her ex-husband.

“You can say that day was the beginning of the end of our marriage,” Locklear said. “Every crazy thing he did after that was chasing the rush of seeing that woman take off her top — the drinking, the drugs, the sex tape… all of it was just to feel that high again. For a while after he wouldn’t eat, he’d talk in his sleep about it, and even when we see one another to this day, I can tell he isn’t all there. A part of him is still on that stage, staring at those homewrecker titties.”

The anonymous woman admitted the band still reaches out when touring near Rockford, but she politely declines their invite.