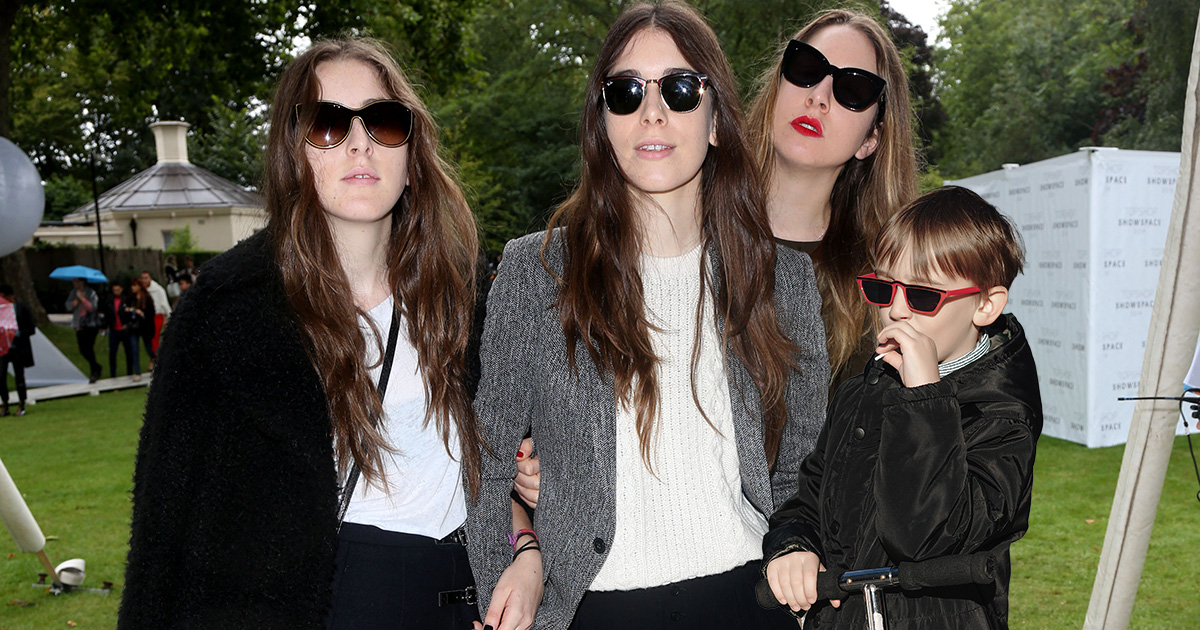 LOS ANGELES — Local mother Donna Haim urged the three members of her daughters’ band HAIM to take their little brother with them on tour so he wouldn’t feel left out, sources who were consequently sent to their rooms without dinner confirmed.

“I just think it would be nice if little Jeffrey was included from time to time,” said the mother of four while crocheting a few HAIM doilies she thought would go well with the band’s merch booth. “After all, he has a lot of musical talent that they can use in their little band. He used to play the recorder in second grade and a Fisher-Price xylophone he got for his fourth birthday before that. He even performed as the seventh lead in the musical ‘Hairspray’ for his sixth-grade recital. He’ll fit right in. Regardless, I’m not asking them to bring him along, I’m telling them to.”

Alana Haim, the guitarist of the band, was none too pleased with their mother’s suggestion.

“Sorry, but there’s just no room on this tour for another Haim sibling,” said the “Licorice Pizza” star. “Not to mention our whole vibe will be totally thrown off. After all, I’m the brains of this operation, Danielle is the brawn, and Este is everything else. You see? We just don’t have a use for a kid who plays ‘Minecraft’ all day. Plus, we’re known specifically as a trio. Have you ever heard of a trio with four people? I don’t think so.”

“Being in a band with only a select few members of your family while excluding others can be extremely tricky,” said Kennedy. “Jerry Van Halen was curiously left out of Van Halen. Ethan Gallagher was surprisingly not in Oasis. And Tegan and Sara famously did not include their identical triplet Tabitha because it would, in their words, ‘ruin a great band name.’ As a rule of thumb, if you include at least one other family member in your band, you should allow them all to participate so no one feels left out. I’m talking siblings, cousins, grandparents and so on. Let them all in. Just not your dad though. You have to draw the line somewhere.”

At press time, Donna Haim switched course and urged her daughters to give her grandkids.