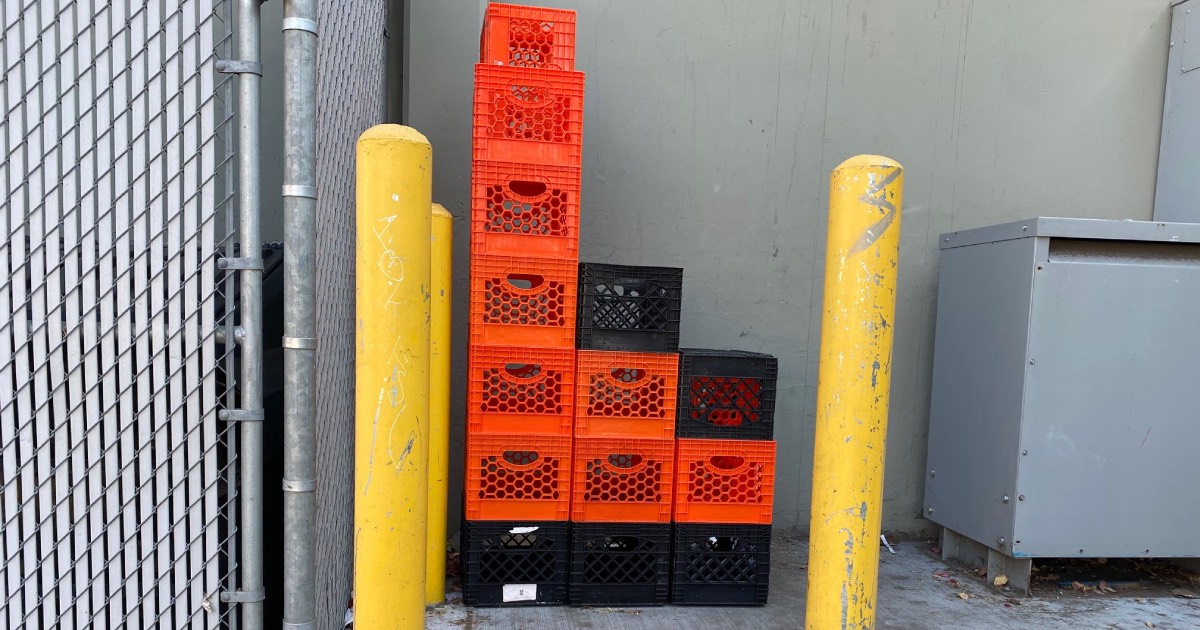 DRYDEN, N.Y. — An online trend known as the “milk crate challenge” left local punk Shelby Smalls with almost no furniture or storage options in her home, according to sources who want to look away but cannot.

“As someone who’s been stealing crates from behind the Nice N’ Easy since I was 19, I cannot stress enough how pumped I was the first time I saw some kid absolutely eat shit off a staircase of milk crates,” Smalls said while dragging her full-sized mattress off of a row of Byrne Dairy crates. “I’ve been feeling pretty dissatisfied with everything lately, but when I saw this I knew I had to get involved. I’ve been watching a fuckton of ‘American Ninja Warrior’ this year, so I’ve got this strategy locked: run fast, take tiny steps, and do not open my eyes no matter what.”

Those close to Smalls remain torn between full knowledge that participating in the challenge is “the worst idea anyone has had in a long time,” and hope that “at least she’ll be doing something productive with her time besides setting fire to the lint on the bottom of her socks.”

“As hard as it was to watch her go through with this, I’m kind of happy that she found something so suited to her interests,” said Amanda Lorden, longtime friend and frequent discourager of Smalls’s decision making. “This challenge doesn’t highlight or bring awareness to any causes, and requires no real physical skill or capability. Basically it’s the three things that sum up Shelby the best: brutal, stupid, and a colossal waste of everyone’s time. I’m excited for her, and I’m also the only one that can bring her to the emergency room when she fucking beefs it.”

Despite the lukewarm support she’s received from some friends, Smalls’s roommates are less than thrilled.

“Nothing would bring more pride to our household than completing any internet challenge, but this one is just obviously way too dangerous,” said bedroom subletter in the apartment, Naomi Song. “Our books are strewn all over the floor after she took apart what was a bookcase that took, I hear, eight years to build, and I almost slipped on a record after she unloaded what was a meticulously organized collection. I don’t know if those things will ever see alphabetical order again, and if she doesn’t get that bed elevated within the next two hours then I’m afraid the mold is going to take over.”

Smalls could not be reached for further comment after fumbling over what was once her kitchen step stool and knocking herself unconscious.