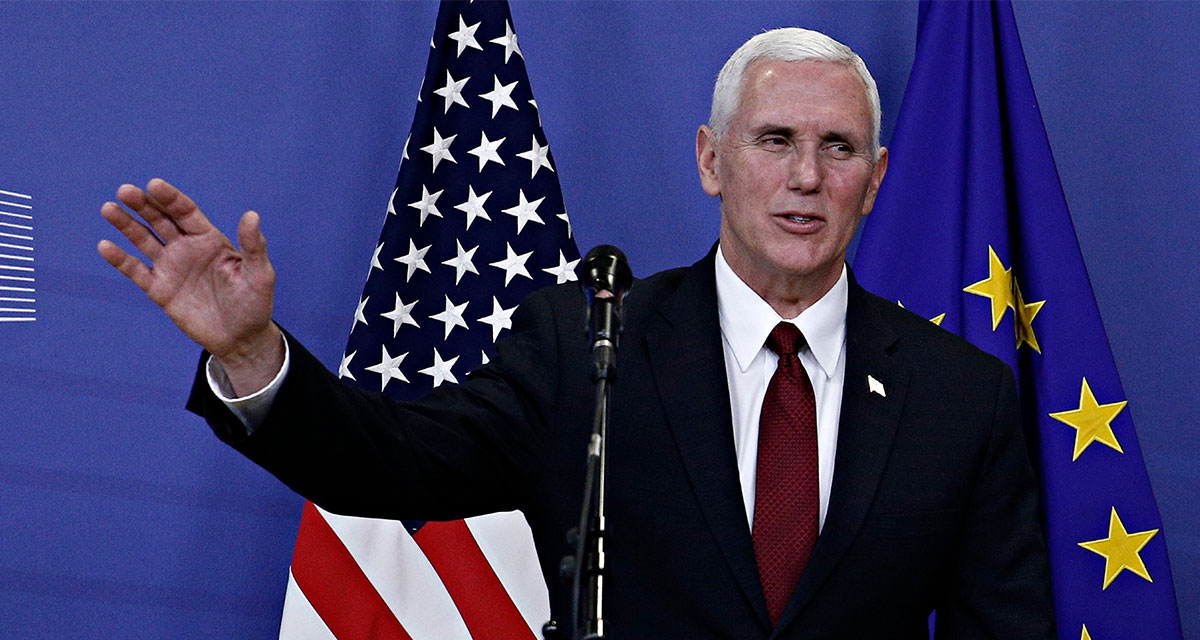 “President Trump made a great decision selecting me to lead the task force against the coronavirus,” said Pence rigidly. “I will see to it that all infected Americans get the help and counseling that they need. Though I must say, I’m extremely disappointed with those of you who have chosen to contract this disease, knowing full well that it is a sin and bad for our economy. Shame on you!”

Against the urging of his advisors, Pence has reportedly already personally visited several Americans who have contracted the disease.

“I was completely shocked when Vice President Pence walked into my quarantined hospital room,” explained Dave Bowers, a 24-year-old who tested positive for the coronavirus after a trip to Italy. “He was wearing a hazmat suit and clutching a pamphlet titled, ‘Don’t be Gay,’ but ‘Gay’ was crossed out and replaced with, ‘Get Coronavirus.’ When he left, one of his aides told me that the hazmat suit had nothing to do with trying to avoid infection, but that he always wears the suit when alone with another man.”

“Pence is completely obsessed with coronavirus, but in a really strange and deeply personal way,” confided Dr. Albert Howard, director of the Center for Disease Control and Prevention. “When he talks about it, he gets such a peculiar glint in his eyes and his face gets all red and flushed. It’s almost like he’s repressing a secret desire to contract the coronavirus himself.”

At press time, Pence was preparing for an appearance on “Fox & Friends” to reveal his plan to cure the virus with the two most powerful resources at our nation’s disposal: thoughts and prayers.