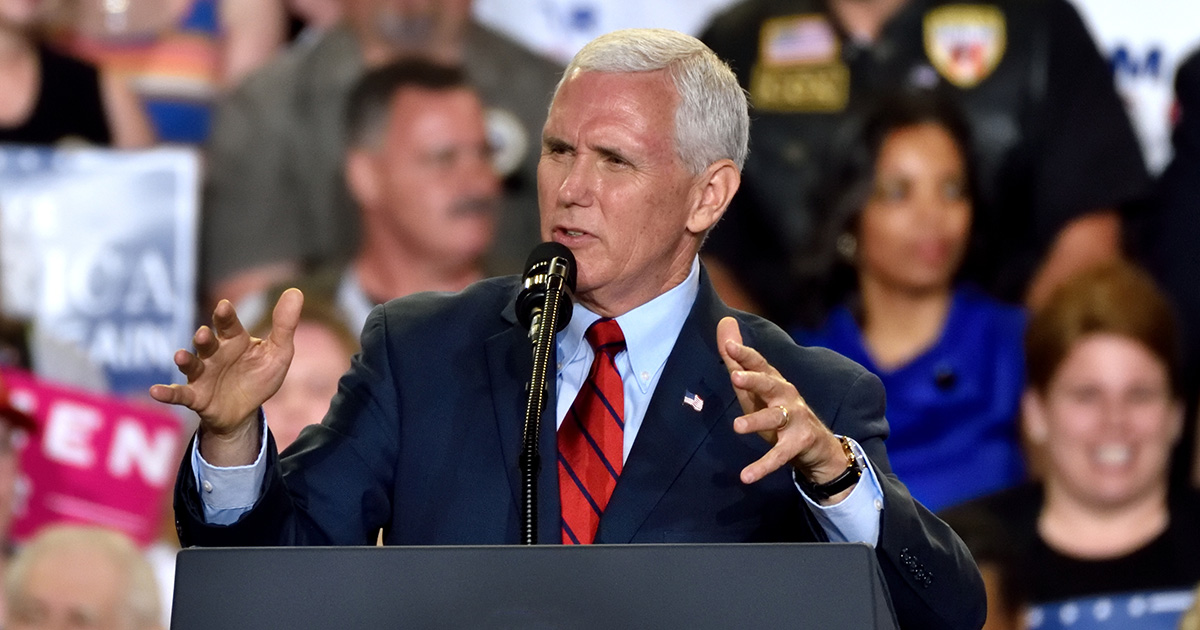 “As a devoted Christian, I believe abstinence-only sex education offers the moral guidance we need — and that our duty to abstain from temptation doesn’t simply end with marriage,” said Pence, avoiding eye contact with every woman in the room. “I recommend adult couples find alternative activities to express affection: things like studying scripture, playing Boggle, or protesting Planned Parenthood together.”

“The evidence shows fornication between a married couple can lead to a lack of moral fiber, the termination of a pregnancy, or, worst of all, a beautiful, young child being adopted by a sinful gay couple,” said Pence. “Marriage should be about demonstrating a love of God — the couple should only come together to discuss their love of Christ.”

White House Press Secretary Sarah Huckabee Sanders reiterated some of Pence’s key points at a briefing later in the day.

“The Vice President knows some couples will find abstinence difficult, but he wants you to remember that intercourse will never provide the closeness or satisfaction gained by a knowing nod shared between husband and wife, fully clothed from separate beds,” said Sanders. “And you know what? He’s right. Post-marital sex led directly to my three children, of whom I am both proud and ashamed.”

The Vice President admitted that, in the past, he had been tempted by “[his] own filthy impulses, the lying media, and even [his] own wife, Karen Pence.”

“Post-marital sex is a slippery slope… even with the holiest of intentions. You might start out doing the act through a hole in the sheet, exchanging bible verses, eyes closed and imagining Christ’s ripped, sweaty abdominal muscles, just as God intended,” said Pence, clutching a bible in each hand. “Before you know it, you and your wife could feel the need to engage in sexual activity for reasons other than reproduction: like pleasure, or mutual attraction. It makes me sick to my stomach just thinking about it.”

Karen Pence was not available for comment, as she was sequestered for her monthly “unclean” days.