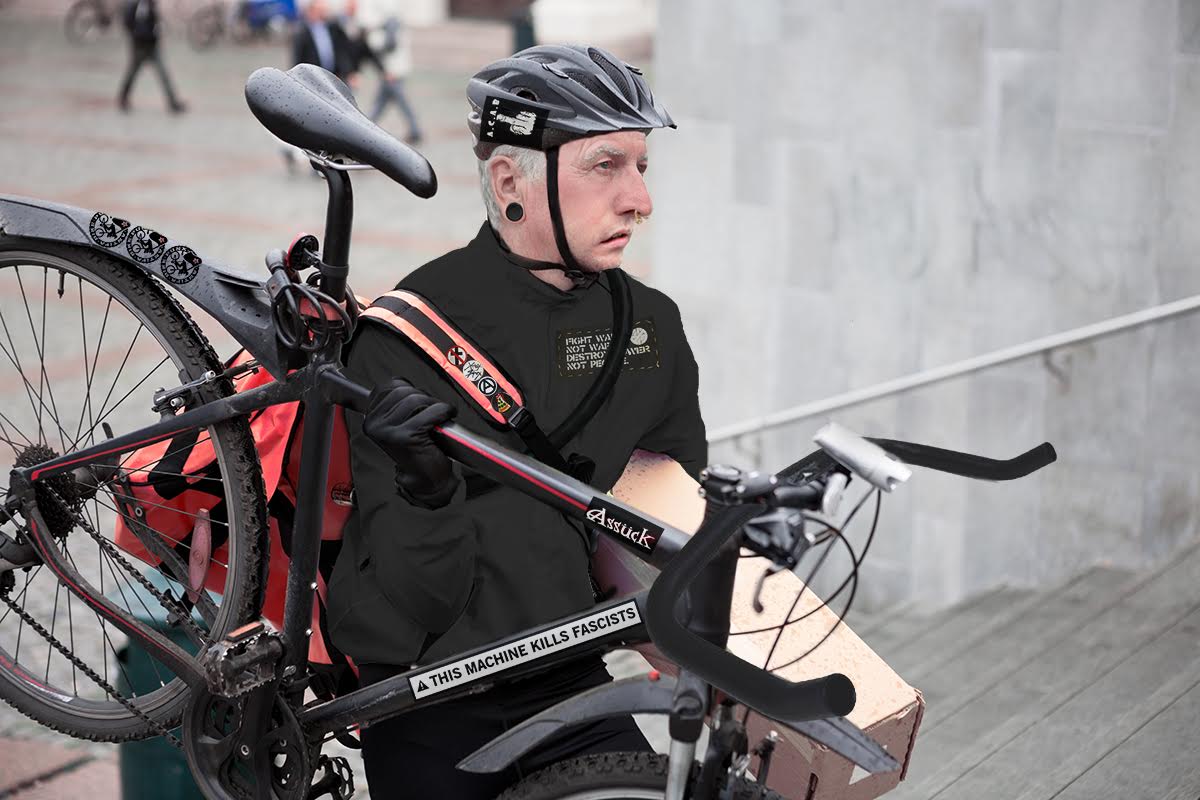 “Being a bike messenger is great,” said the balding divorcee, sitting in his basement studio apartment. “It’s honestly a dream come true to still be at this, really it is. Really.”

Joss, who holds a Master’s degree in Jazz Studies, has delivered packages on his bike since his early 20s. Over the course of his career he’s endured several devastating collisions with cars that have left him with broken bones, countless concussions, and massive debt due to lack of insurance.

“My knees are pretty much bone-on-bone at this point. There is so much friction there I won’t be surprised if my legs light on fire. I could never afford to repair the ligament damage, and of course my wrist never healed properly after I broke it back in ’99,” Joss said, smiling despite the fair wages, paid sick leave, and retirement plan that have always eluded him. “I’d be lying if I said it wasn’t hard to get out of bed in the morning, but that’s the price I pay to be able to ride my bike for miles every day as a job. What more could I ask for?”

Joss’s chosen career path has negatively affected many aspects of his life, including his personal relationships. He divorced from his high school sweetheart, Jessica Lynn, two years ago following yet another argument about their finances.

“It just became too much,” said a sullen Lynn, reflecting on her gut-wrenching decision. “ It’s not that I didn’t love Chris, but we could hardly pay our bills, and I started to get scared that all the head injuries were affecting his emotional state. You know, like the football players in that Will Smith movie.”

Despite all the glaring problems an outsider can see in Joss’s life, he remains as falsely upbeat as ever.

“No, I swear it’s awesome. Just recently I got a whole month off,” said an enthusiastic Joss. “And once my collar bone heals I’ll be able to make up enough shifts to replace the bike the muggers stole. Everything is looking up. You’ll see. You can’t beat the cardio.”