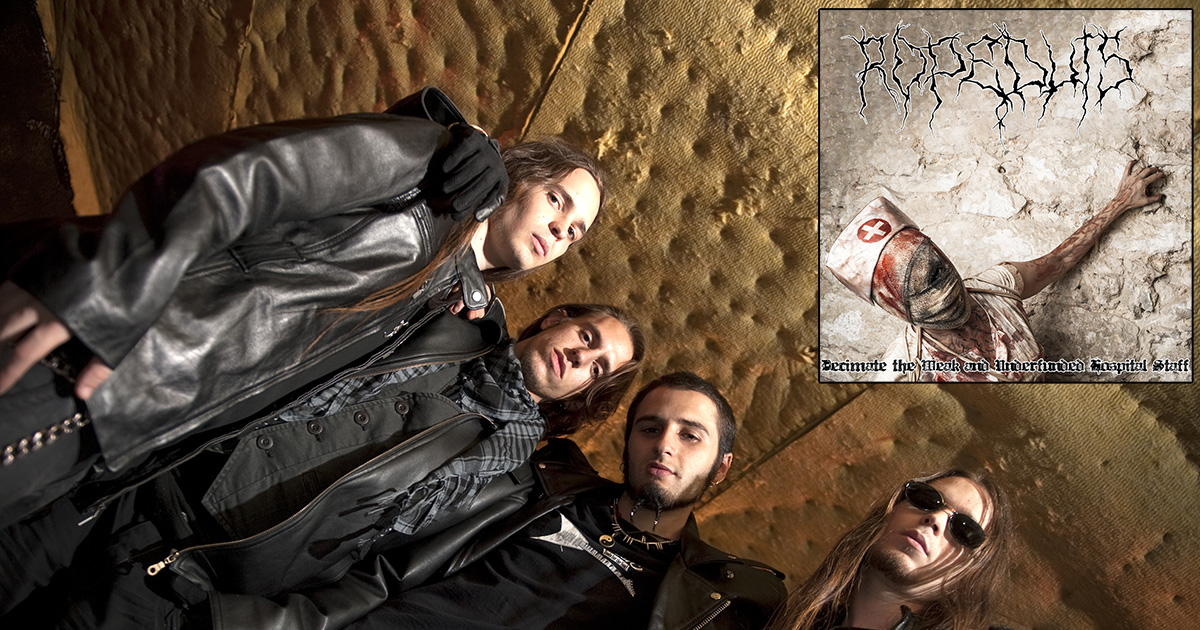 “Our new album ‘Decimate the Weak and Underfunded Hospital Staff’ is, like, a metaphor for the state of society right now,” said Tanaka, reading off a crumpled piece of paper. “The whole album is a super-dense commentary that is definitely about more than hospital hallways running red with the blood of patients and caregivers, really. We wanted to push the boundaries of extreme metal a bit, but we know now that this title was a bad idea. I hope this apology is enough — I’m sick of people leaving boxes of shit on my doorstep and throwing piss-soaked wads of toilet paper at me every time I leave my house.”

“People are dying in real life, and we get why everyone is so upset. But, Levi’s lyrics are so deep, they don’t literally mean what they mean, you know? The prosecutors in Levi’s assault trial never used the lyrics from ‘Death Grip Buzzsaw Step Dad Splatter’ against him when he beat his step dad’s ass because that song is art, and art isn’t against the law,” said McKey. “That would be like arresting Van Gogh for painting a dope picture of a guy getting absolutely gutted with a knife.”

Tanya O’Neal, a nurse working multiple 24-hour shifts every week in the ICU, was outraged by the band’s new work.

“I checked out the new album since I had the day off, and I loved their last album, ‘Eviscerating the Inner City,’” said O’Neal. “I hadn’t read anything about it, but… it just seems mean, even for a metal band. Why would Levi say, ‘Scalpel to this loser’s head / Her Ph.D doesn’t mean anything when she’s dead / Serve the patients a blood smoothie / Their dying breath is this afternoon’s movie’ on a song called ‘Cleanse the ER in Viscera’ unless he meant exactly what he was inward screaming? This whole thing is really making me rethink their old stuff, like ‘Syrian Blood Donation’ and ‘Your Face Is My Toilet.’”

Rodeus’s “Slash All Healthcare Funding” tour dates have been postponed due to nationwide shelter-in-place orders, in addition to a positive coronavirus diagnosis for their drummer and bass player.