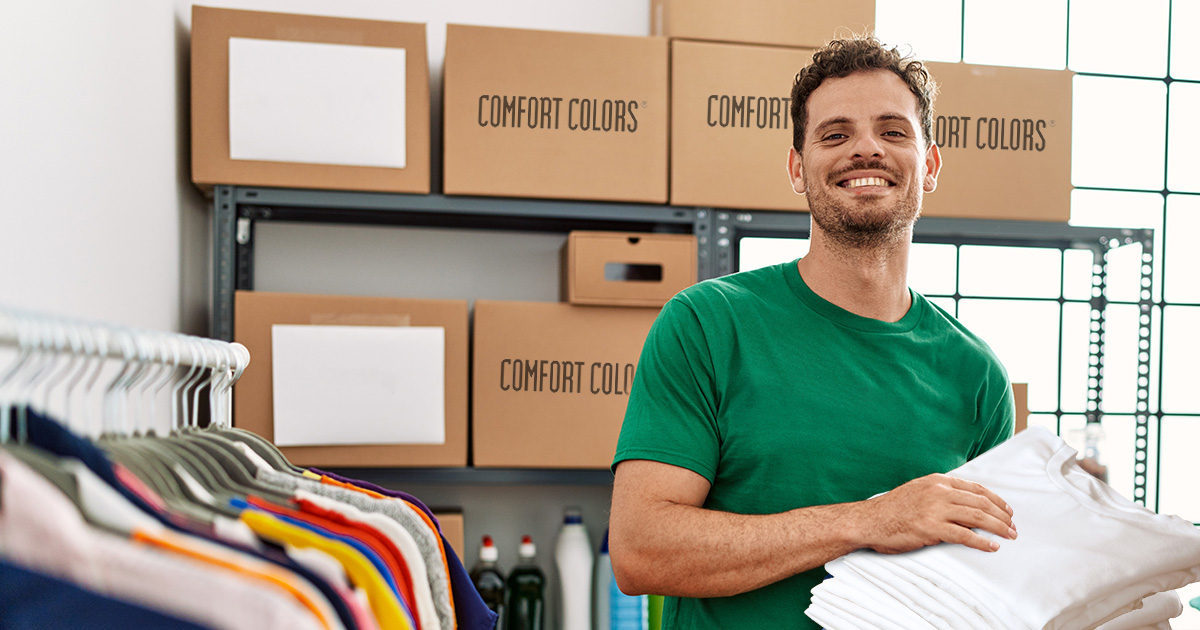 SEATTLE — Local man Troy Ritter announced his departure as the longtime merch guy for indie band Inside Cat to embark on a solo merch project he’s been dreaming up for years, sources who predict the move will be career suicide confirmed.

“This must be what it felt like for Gwen Stefani to leave No Doubt to pursue her solo project for ‘The Voice’ on NBC,” said Ritter while packing up his trusty merch table and credit card reader iPad attachment. “Let’s just say we had our creative differences. I wanted to take the band in one direction and they evidently claimed I had no say in the artistic process whatsoever. And to think, I sold dozens of their T-shirts throughout my illustrious career. Anyway, my ex-band referring to my merch ideas as ‘objectively terrible’ and ‘a complete waste of time and money’ was just the push I needed to branch out and sell my own completely original apparel designs, which are technically mild copyright infringements on famous bands’ merch. Big things are coming, I can feel it.”

Members of Inside Cat were left scrambling to find someone to sell their goods.

“You know how hard it is to replace a merch guy of his caliber?” asked Jenny Hayes, singer for the recently merchandiser-less band. “Most merch guys avoid eye contact with customers, regularly give incorrect change, and can never find any medium sizes. Not Troy though. He was so good at standing behind a table for minutes at a time and managing simple transactions. Troy even had a couple of really funny jokes he would recycle that always left people feeling happy about their purchase. I honestly don’t even know if we can go on as a band at this point.”

Experts were convinced this break would be temporary.

“He’ll be back with them by the end of the month,” said music critic Tracy Morrispoon. “Solo projects almost always fail miserably. Sure, Beyoncé, Sting, and Justin Timberlake worked out. Also, so did Phill Collins and Peter Gabriel. Oh, and Lou Reed, Iggy Pop, and every single member of the Beatles too. Can’t forget everyone from the Wu-Tang Clan as well. Besides them though, solo projects are usually a bad idea. Well, I guess Morrissey technically did well for himself too despite being unanimously unlikeable. Actually, you know what? That merch guy will probably be fine. You do you big dog.”

At press time, Ritter completed his first solo merch show, but confused concertgoers since his merchandise had nothing to do with the bands who played.