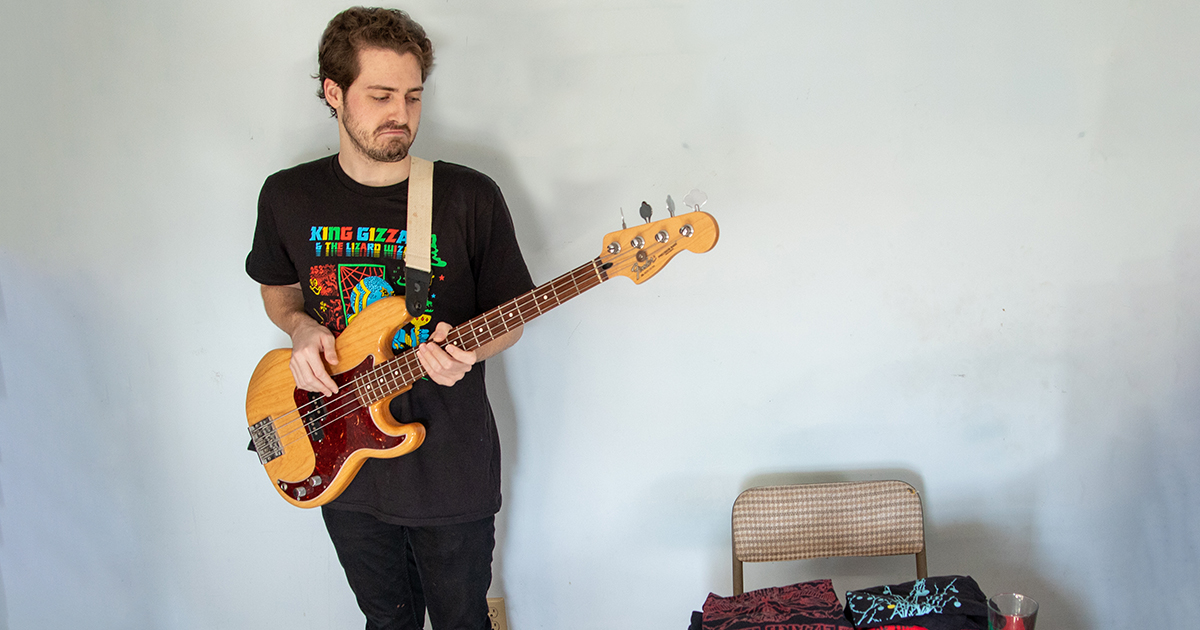 CINCINNATI — Sidney Frogus, the longtime merch guy for the band HorseBird, was demoted earlier this week to being the band’s bassist after his latest and final merch mishap.

“One day, you’re on top of the world… and then the next, someone’s yelling at you about how you fold hoodies. This is over-the-top punishment,” said the stunned Frogus. “It’s so humiliating to tell your girlfriend that you’re a bass player now. Do you have any idea how that feels? She tried to act like everything was okay, but suddenly I’m not allowed to use the power tools and she’s cutting my meat for me at dinner. I don’t even know what I’m going to tell my parents — if my dad finds out I’m part of a rhythm section he might disown me.”

HorseBird lead singer Frances Gunn insisted that, although the band was indeed frustrated with Frogus’s performance, demoting him to bass player wasn’t meant to be degrading — although he admitted it “definitely is.”

“Working 1-2 hours a day and doing basic arithmetic was clearly just too much for Sid,” said Gunn. “We all love the poor dunce — he’s a fun guy, and has a good heart — so we needed a way to keep him around with the least amount of effort possible. Bass just made sense.”

Dr. Shanda Sung, a professor of economics and mathematics at the University of Cincinnati, noted that this often happens to would-be merch guys who get in over their heads.

“It’s all good and well to sell a couple of stickers after a show for your friends’ band when they first start out,” explained Sung. “But if the band becomes more popular and they start adding T-shirts and what-not, well… that’s a lot to keep track of. Even a seemingly simple task, like trying to fit everything into a tour van, requires a certain degree of spatial intelligence and can be quite mentally taxing. Playing bass, on the other hand, is basically a mindless activity that can be performed in a semi-conscious state. In fact, once one gets over the utter humiliation, it can even be rather fun to stand on stage and strum along with the real band members.”

HorseBird members insist it could be worse for Frogus: the bass position only became available when the band’s last bassist suffered a traumatic brain injury and was forced to switch to drums.