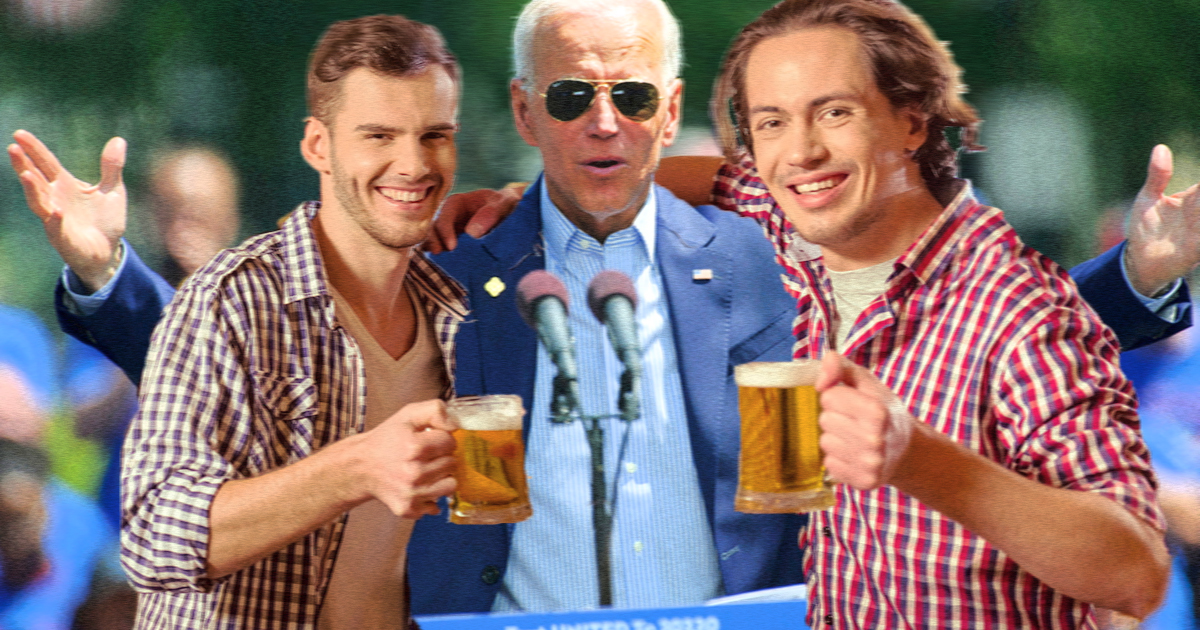 Ricky Robinson and Drew O’Brien were just a couple of beach bums until they were invited to a soiree at former vice-president Joe Biden’s house only to come across Biden’s dead body. Fearing what may become of the political process if Biden did not become the Democratic Party nominees, the boys sprung into action.

“We knew how bogus it would be if Trump got another four years,” Drew “The Brew” said. “So, we threw some sunglasses on him, propped him up, and sent his corpse out on the campaign trail. Honestly, I’m shocked no one has figured it out yet.”

While many people have questioned Biden’s consistent gaffes and flops while trying to win the DNC nomination, few have thought that he may have actually died months ago and his actions were being performed by two slackers. Although, it seems blatantly obvious.

Aside from the sunglasses that covered Biden’s lifeless eyes, a series of comical strings and pulleys were used to reanimate the politician. Unfortunately, the two jokesters know little to nothing about politics

“Luckily, I know ventriloquism so I just say a bunch of political buzzwords I heard on The West Wing while Drew flaps Biden’s jaw,” “Tricky” Ricky said. “CNN and MSNBC not only haven’t noticed but seem to really like what I have to say.”

The ruse was almost up when the boys forgot Biden in a small Iowa diner but returned to find the locals were chatting Biden up and were none the wiser. One local farmer expressed how down to earth Biden seemed and really took the time to listen.

In an effort to attract younger voters, Ricky and Drew plan to tie Biden to a pair of water skis at Wisconsin Dells.