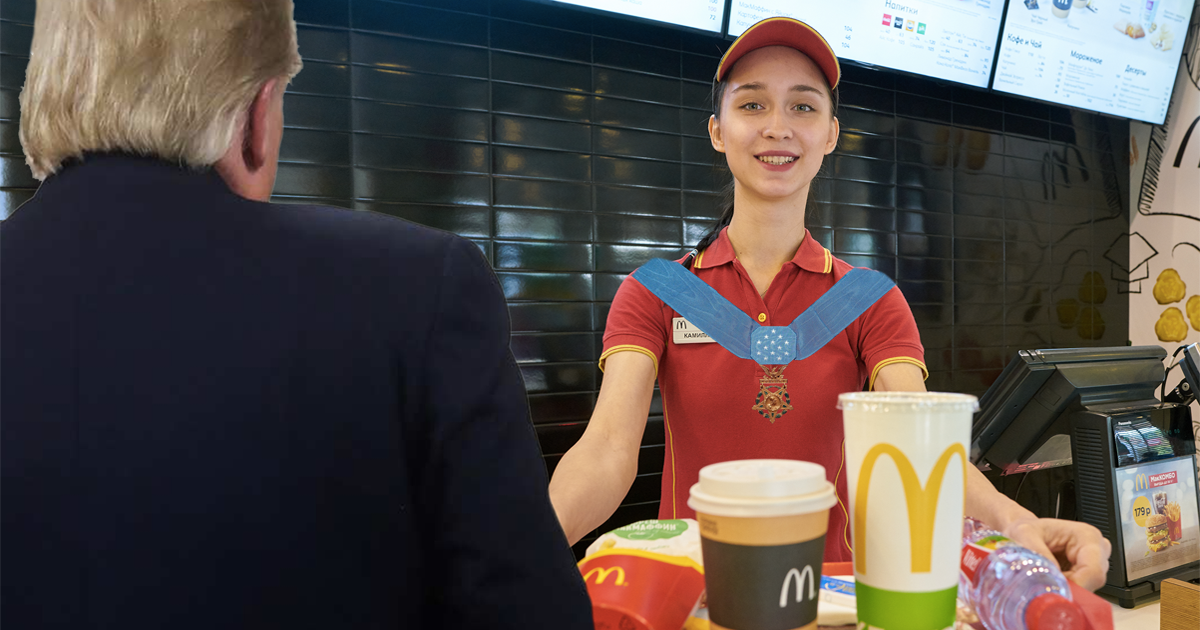 WASHINGTON — President Trump awarded the Medal of Honor, the nation’s most prestigious personal military decoration, to the “hero” who slipped a chicken nugget into an order of large fries he had for breakfast earlier today, baffled sources confirmed.

“Valor, bravery, freedom — those are the three words I would use to describe this employee, who broke with protocol and added a delicious all white meat chicken nugget into my fries,” an impassioned Trump stated. “This medal, and it’s a nice medal — I gave myself four already, recognizes the employee, whose name I do not remember — it was a weird name, very weird, who served their nation by serving me food that I did not order, but yet still knew I wanted. Thank you.”

The employee in question, Debby Fonseca, was surprised to be recognized in a ceremony typically reserved for veterans of war.

“I wish President Trump didn’t make a big deal out of this because it was actually an accident. My pal Ed was working the fryer and he must have dropped a nugget into the fries. Our manager ended up giving us both a verbal warning,” said Fonseca. “Two more warnings and I get fired. I guess this medal is nice and everything, but I need this job. I don’t think I can support my kids with this medal unless maybe someone from Craigslist would buy it as a joke or something.”

Following suit, Mitch McConnell announced he will be awarding the Congressional Gold Medal to the hot dog cart employee who did not spit in his food last night.