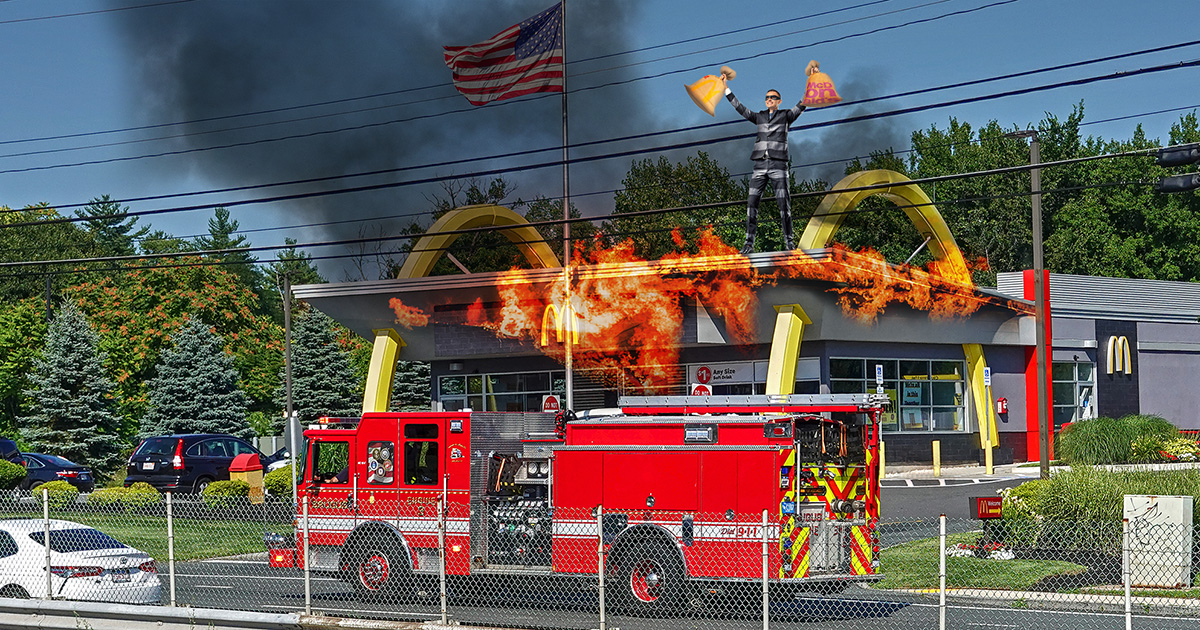 “We think this new, edgy, sexy take on the Hamburglar is going to be a huge opportunity for our brand,” said McDonald’s CEO Chris Kempczinski. “We have an entire backlog of characters ready to go. Phase one will tell the origin stories of Hamburglar obviously, but we’ll also introduce Grimace as a crack-addicted prostitute, and Officer Big Mac as a corrupt cop similar to Harvey Keitel in ‘Bad Lieutenant.’ And Travis Scott is doing the soundtrack. We really think we can compete with Marvel on this.”

Fans quickly took to Reddit to express their enthusiasm for the upcoming franchise.

“You know, I grew up with these characters in the ’80s and ’90s. I’m so glad they’re finally getting the stories they deserve,” said McDonald’s superfan and man with severely clogged arteries Jake Chipman. “There really is a lot of depth and creativity that went into creating McDonaldland, and I think we’ll see that on the big screen. The Hamburglar could do for advertising mascots what the ‘Dark Knight’ did for comics: elevate it to art. Rumor has it that they’re even teasing a certain flame-haired, disgruntled clown appearing in a post-credit sequence. I can’t wait.”

The most shocking revelation from the announcement, however, was that McDonald’s has tapped Martin Scorsese to direct.

“I know what I said about comic book movies. And I stand by it. These films won’t be roller coasters; they’ll be nourishment for your soul,” said Scorsese. “I knew I could trust McDonald’s to tell this story, as obviously this isn’t their first foray into moviemaking — remember ‘Mac & Me?’ Pure genius. And when I read the ‘Hamburglar’ script, I was blown away. Blown away. I also think you’ll be really surprised who Leo ends up playing.”

Not to be outdone, Burger King has since announced a horror-inspired, R-Rated BK Kids Club film for release next summer.