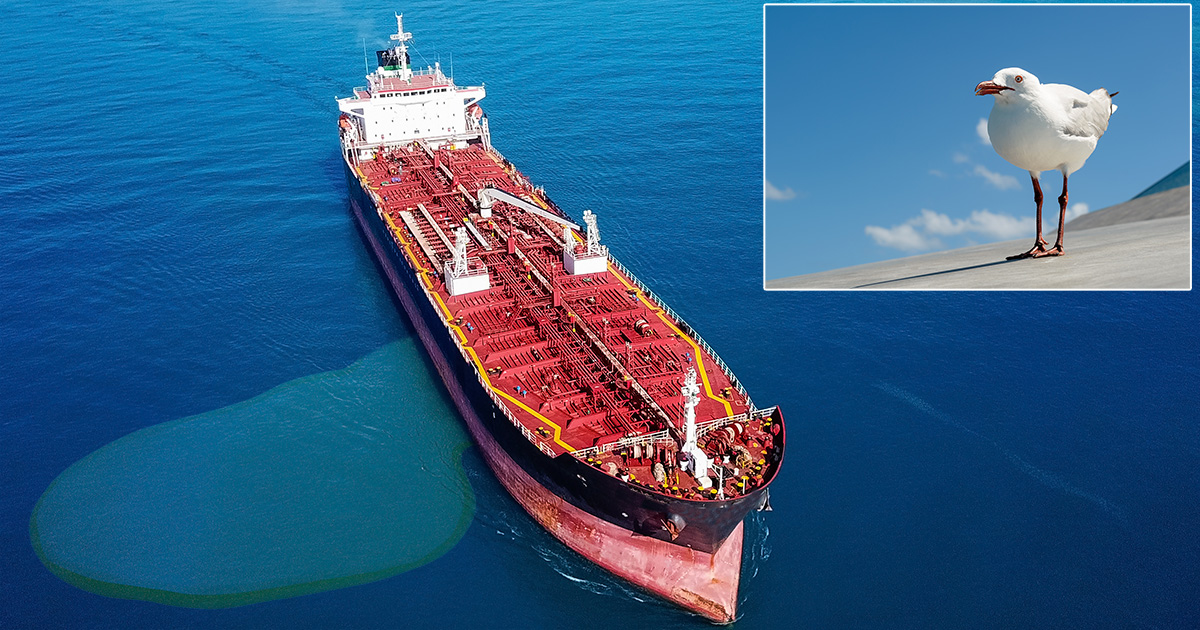 “I’ve attended dozens of workshops on how to properly rehabilitate these animals after a spill, but nothing could have prepared me for this,” said cleanup volunteer Elizabeth Walston. “I’m stuck here caring for a Double-Crested Cormorant with beautifully coiffed feathers knowing full well that the oil will wear off in a few days and it will go back to being just another stupid fucking bird. There’s part of me that wants to give up and put these animals out of their misery once and for all so they don’t have to suffer anymore. How am I supposed to sleep at night knowing they won’t have continual access to this sort of sparkle?”

Ulta Beauty Inc, an American chain specializing in beauty products, has lost a considerable amount of its coconut oil supply as a result of the spill.

“Like everyone, I’m completely outraged,” said Ulta CEO David Kimbell. “That ship was carrying enough coconut oil to keep our customers looking fabulous until the end of Q1. Now I don’t know what the fuck is going to happen. We had an exclusive deal lined up with Machine Gun Kelly that’s basically flushed down the toilet now. I have half a mind to go down to that beach and scrape the oil off of them myself, and maybe even charge all that freeloading wildlife market price. It’s not my fault these birds refuse to get jobs.”

Pillars of the fashion and beauty world, including Jonathan Van Ness of “Queer Eye,” voiced their support for these birds’ new “looks”.

“These animals are letting their inner beauty shine,” said Van Ness from a nearby sand dune where he could be seen applauding every animal affected by the spill. “Who gave that Double-crested Cormorant permission to slay so hard? At first, I thought it was Sarah Jessica Parker, but no it’s just Phalacrocorax auritus serving us so much style I want to go back for seconds. The perfectly conditioned hair, the shine on the feathers. Honey, I’m literally obsessed. Go off queens!”

Environmentalists expressed concern that tornadoes could also have a positive impact on the hair quality of a number of species, leaving blow dryer companies like Dyson at a loss of profit.