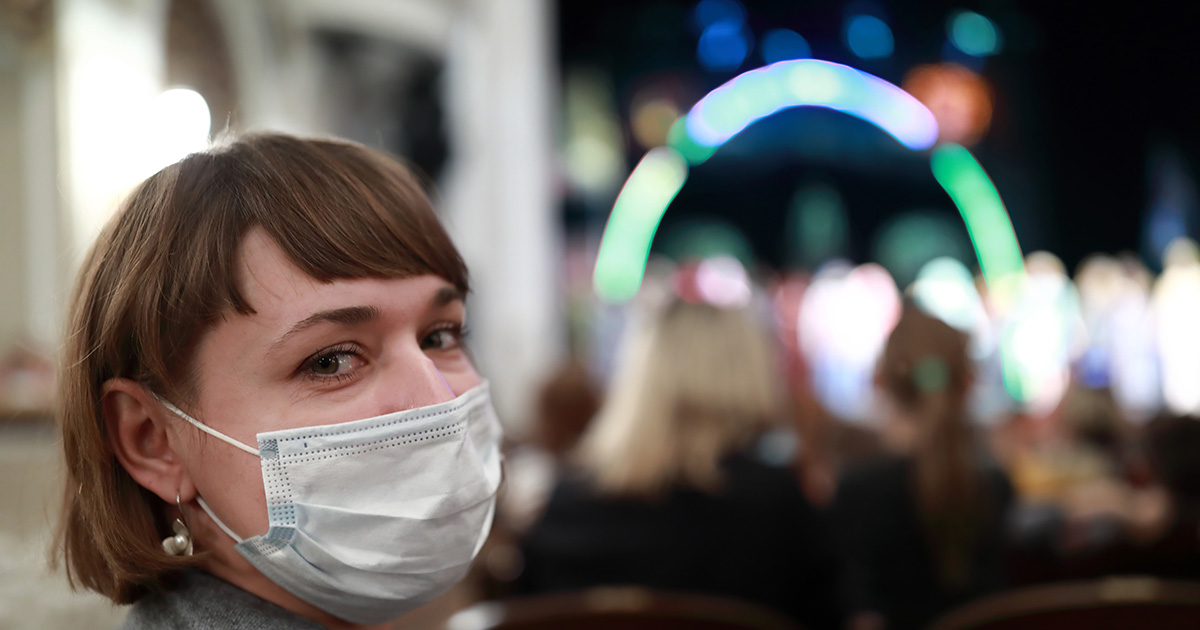 NEW YORK — Masked poser Cecilia Munoz was relieved she didn’t have to pretend to know the words at a recent Turnstile show last Thursday evening.

“It’s such a relief that I don’t have to try and impress the people around me by pretending to know the words to these songs,” said Munoz as she made her way out of a circle pit. “Before wearing masks, I perfected the art of pretending to mouth along to the lyrics by just sort of opening and closing my mouth like when a fish lets out air or whatever. But now, all I have to do is sort of lightly bounce up and down to let people assume I know the words. It opens up a whole world of bands I can pretend to know the words to. I honestly don’t think I’ll go to a show without one ever again.”

“Plus, the mask doesn’t just protect me from being found out, it keeps those around me safe from guys insisting that I list a band’s early stuff,” she added.

Munoz’s girlfriend, Ember Hyland, is not easily fooled by Munoz’s masked cover up.

“Even with the mask on it’s obvious to me that she’s not actually singing along,” said Hyland. “I’m standing right next to her at the show so I can hear that she’s just mumbling nonsense under her mask. But she wears one of those super fluffy N95 masks so I guess there’s really no way of knowing for sure.”

“Hardly anyone is even singing along anymore,” said Moreau. “Last night someone in a Ben Folds Five T-shirt jumped on the stage at Candy to crowd surf. You think that guy is an actual fan? No way. But we’ll never have a way of knowing if he was actually singing the words to ‘Human Target’ since his mask was on. It’s a huge win for the posers but makes for an eerily quiet concert.”

At press time, reporters urged Munoz to stop mumbling when they asked her whether she was singing along to the songs or not, but she just kept pretending to answer the question.