Marvel Throws Out Captain America vs. Predator Just to See If It Sticks 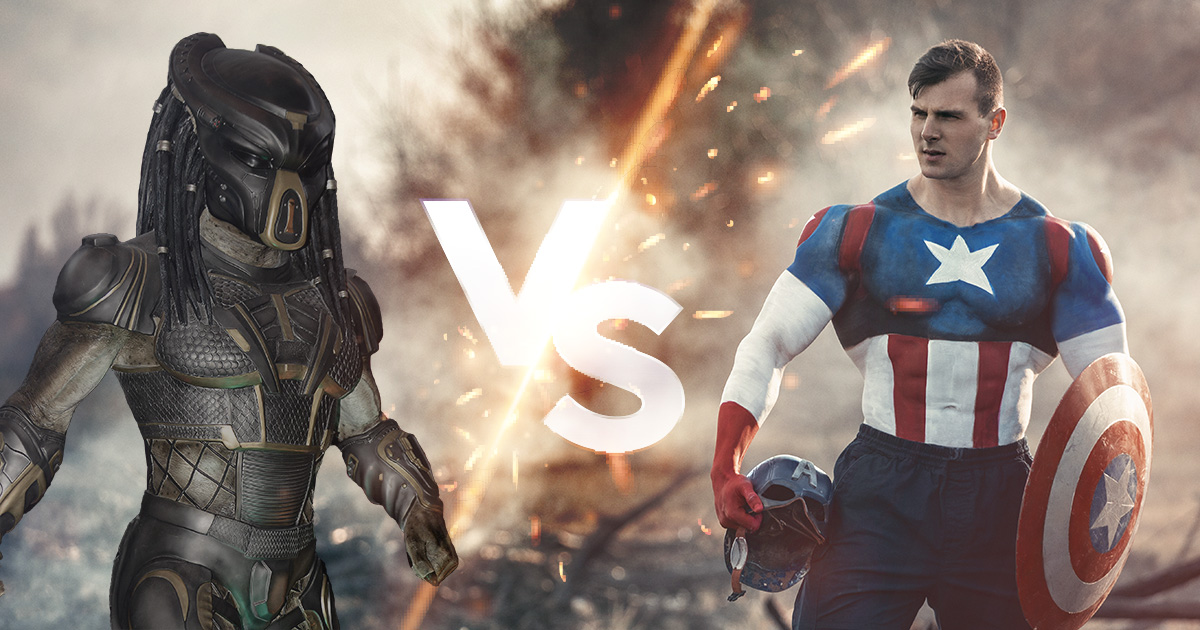 LOS ANGELES — Bored Marvel and Disney executives confirmed that they have greenlit a Captain America vs. Predator crossover mostly for shits and giggles, insiders report.

“I mean, fuck it, why not,” remarked one Marvel executive while wiping a white powder from under his nose. “At this point you fucking peasants will lap up any Marvel property we shove at you, so why not just take two iconic characters from completely different franchises and shove them into some hamfisted CGI orgy designed only to maximize profit. It makes good business sense since we own everything now. If this works, maybe a Harry Potter/Golden Girls/Jennifer’s Body crossover next. We can do whatever the fuck we want, and when awards season comes we’ll be up on that stage laughing our dicks off.”

Disney executives expressed optimism about prospects for the proposed project, calling it “bold and original” as opposed to calculated and cynical.

“For decades, we at Disney have been working tirelessly to destroy any original or creative ideas. And as long as audiences let us keep getting away with it, we intend to keep it up,” stated a senior Disney business analyst. “The whole concept of this project should insult fans of both franchises and anyone with a functioning brain, but we all know this baby will net at least one billion overseas. Then we’ll just endlessly reboot it. All we need to do is have, say, James Gunn direct it and bam, blockbuster flick.”

While Disney insiders were excited about the project, critics warned of possible fatigue and overload on Marvel properties.

“I think with this one, they’ve officially jumped the shark,” noted critic Matt Singer of ScreenRant. “Once the novelty of Captain America fighting Predators wears off, you’ve got a pretty flimsy premise for a movie that kind of ignores the backstory of both franchises, so you’re just going to have a bunch of whiny fanboys shitting their pants over this and complaining about casting. Not to mention the countless thinkpiece articles we’re going to have to suffer through. Can’t we just let this one pass? No one needs this movie.”

Leaked documents show Disney executives admitted this was all a ploy to numb audiences ahead of the inevitable Star Wars/Marvel crossover.