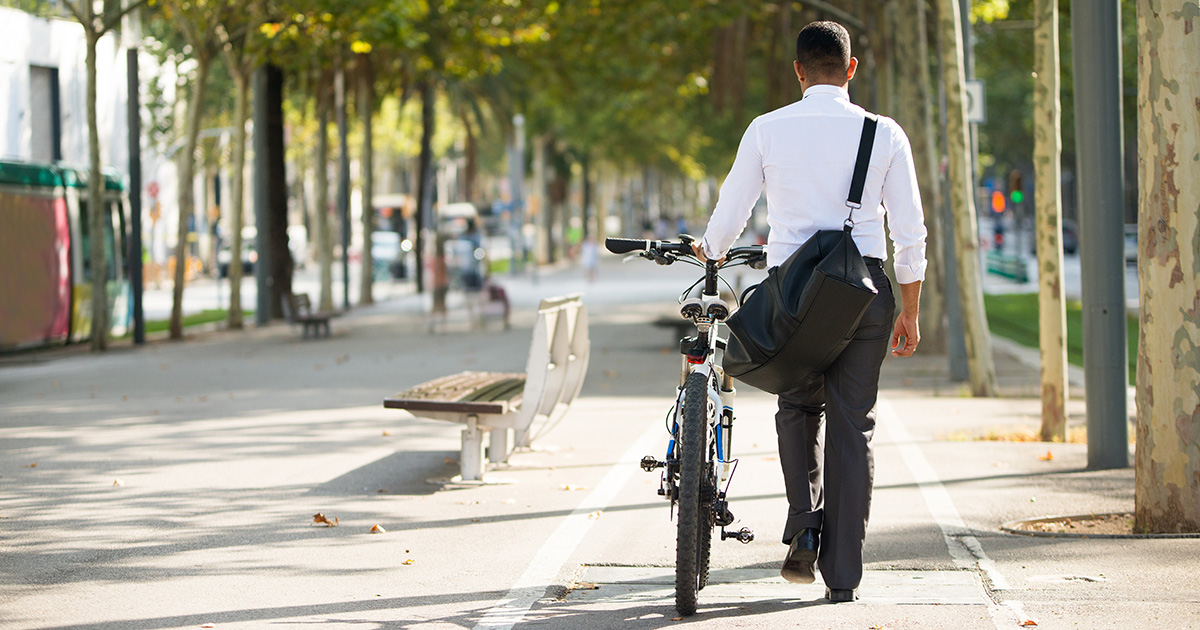 “I can’t tell you how alive I feel,” said Weber excitedly while waiting for a Lyft to pick him up to finish his commute. “Not to mention the positive impact I’ve had on global warming. This is good for everybody’s health.”

Weber reportedly spent around $3,000 on the new mountain bike and accompanying gear over the weekend to reduce his carbon footprint — his latest attempt at stronger lifestyle choices, which also include a $500 standing desk that hasn’t been used since June, a $110-per-month Crossfit membership used twice, and a home solar panel system yet to be installed.

“Honestly, I’m surprised he even made it halfway,” said Weber’s coworker Susan French. “That’s actually really impressive for Paul: he’s been showing us pictures of the bike online for weeks in prep for his cycle commute.”

“He also signed up for our company’s 5k benefit fundraiser,” she said. “It’s the third year he’s committed to it, so hopefully, this year he finally actually shows up.”

Witnesses confirmed Weber was covered in sweat and wheezing when he slowed to a stop in the parking lot of a Big Lots department store and called for his ride.

“You don’t realize how many hills there are in Northern California until you bike them,” Weber said between gulps of kombucha. “There’s a 5 percent chance it might rain sometime over the next 10 days, so this might be the last time I bike for a while. But I feel great right now.”

Meanwhile, coworkers claimed Weber arrived without a change of clothes, and has not stopped sweating since arriving.

“He ruined four keyboards already today,” said lead IT worker Devin Howell. “The sweat is still just dripping off of him. I deal with a lot of people spilling coffee on their equipment, but this amount of liquid is alarming.”