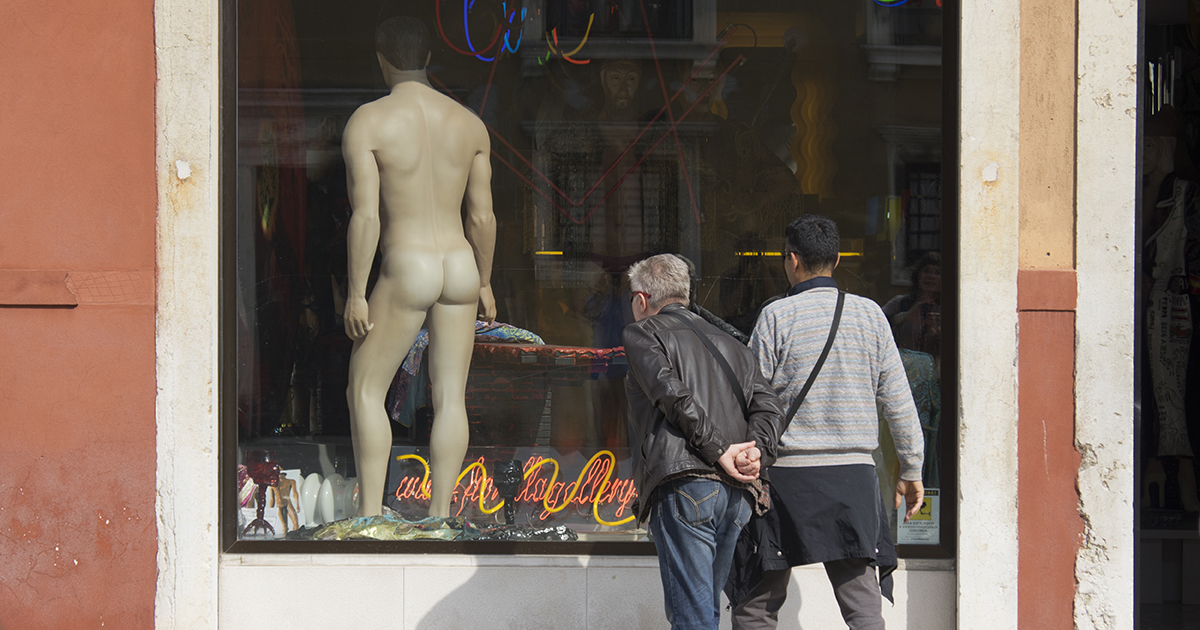 ATLANTA — A mannequin positioned in the storefront of a newly established clothing store in East Atlanta Village is “kinda hot… is that weird?” according to store passersby.

“I can’t even walk by that store anymore, it’s just too distracting,” commented Martin Tanner, while actively turning his entire body away from the store so as not to even glimpse the mannequin out of the corner of his peripheral. “The first day I noticed him, I must have stood in this exact spot for like three hours straight. I was completely mesmerized. He’s like an angel, sent from the heavens, created by God himself, to be the most perfect man imaginable. I’ve never wanted to unzip a pair of cargo shorts so fast in my life.”

Store manager Kate Berk was initially nervous about displaying the hot mannequin, fearing he might even be “too hot,” but has since discovered an unexpected benefit.

“Honestly, there is a lot of foot traffic that get super distracted by him and his stacked ass, but then they become hyper self aware and scurry off, so it weirdly made the store more peaceful and calm,” she mentioned, while searching a catalogue of other hot mannequins she’s considering ordering. “Unfortunately, we have been getting girls trying to talk to him and flirt with him, so we’ve had to hire security, but most people have been pretty respectful of his privacy. No one has tried measuring how tall he is, and we have yet to catch anyone looking under his pants to see if he has a big dick or anything.”

Head of design at the manufacturer, James Zeitlin, expressed pride in discovering the success of his mannequin.

“Ah yes, Hans. He was one of my favorite designs, truly inspired,” he said, while sculpting an anatomically accurate intimate region on a still amorphous blob of plastic. “I based the design on an amalgamation of every attractive human I’ve encountered in my entire life. The real secret though, to making him so attractive, is his personality. He’s smart, and funny, and makes great conversation. I almost wish I could have kept him.”

At press time, the mannequin, now nicknamed Lex, was confirmed to be missing, and officials have narrowed down the suspects to about 90% of the recently single population of Georgia.