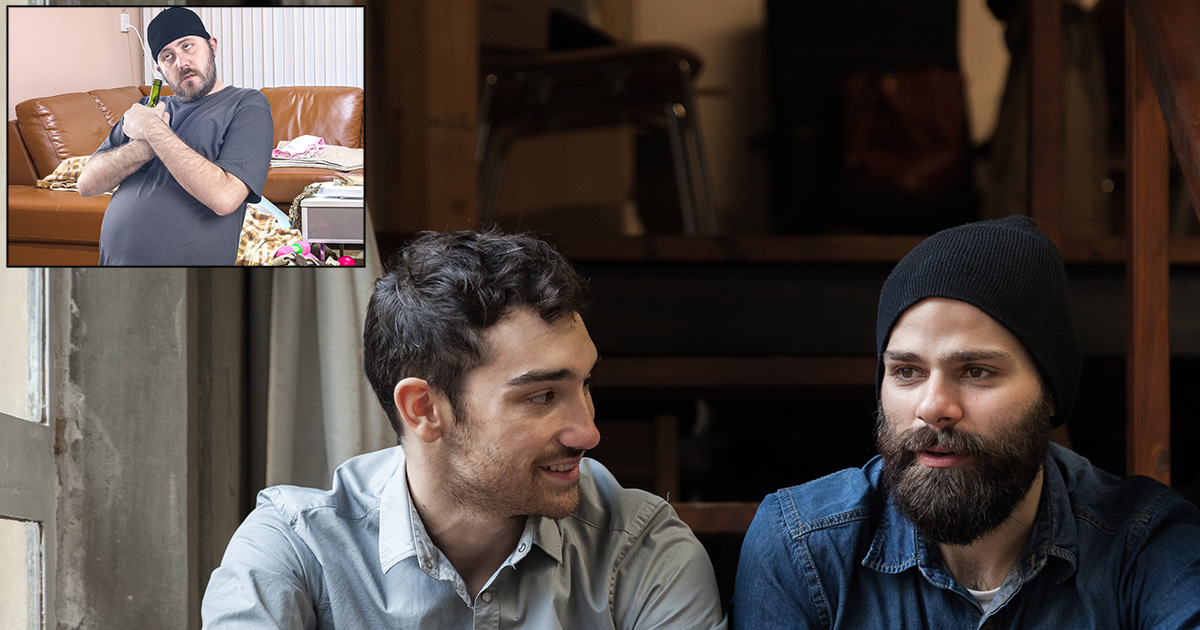 HARTFORD, Conn. – Local father of two, and reformed punk maniac, Victor Amoratti remains completely oblivious to the fact that most people that he knew in his twenties assume he’s dead, confirmed sources that insist they heard he died from a drug overdose, car crash, or random dog attack.

“Yeah, I was a little nuts when I was young, but those days are long behind me,” said Amoratti while emptying a large bail of grass clippings from his riding mower. “But you know, you get older and wise up. I’ve got a family now and a small business to run, so there’s no time to be sniffing oven cleaner or riding a stolen mountain bike the wrong way down the highway or jumping into the gorilla enclosure at the zoo and stealing all their food or going to the roof of the apartment, stuffing my mattress full of fireworks and then lighting them all off while I lay on top of it. Life’s too good to take for granted.”

“Vic the Prick? He’s the only person I’ve ever seen light his own balls on fire with rubbing alcohol. Twice, and one time it was in a cop car,” recalled Donnelly who has never left Allston even though he is nearly 40. “In that house, we were always trying to outdo each other with crazy shit. But no one could hold a candle to Vic. I mean, the guy once did a line of lead paint chips and that same day he did a backflip off the roof into an empty trash can. I don’t know where he ended up, but there’s no way he made it to thirty.”

Dr. Stacy McCormack is the chair of the Behavioral Psychology Department at Johns Hopkins University and her research focuses on identity status and youth recklessness in males ages 15-25.

“Many young males feel the need to act out in extreme ways in order to gain a sense of identity among peers,” said Dr. McCormack. “Often, we find that these males come from dysfunctional homes where attention-seeking practices and self-loathing are formed. They end up thinking things like, well if I just eat a bit of this dead rat’s tail, or if I try to open this beer bottle with my anus people will finally accept me. It can be hard to break from this vicious cycle but in many cases, they tend to mellow out after thirty or so.”

At press time, Amoratti was dutifully taking his daily vitamins and scheduling a routine dental cleaning.