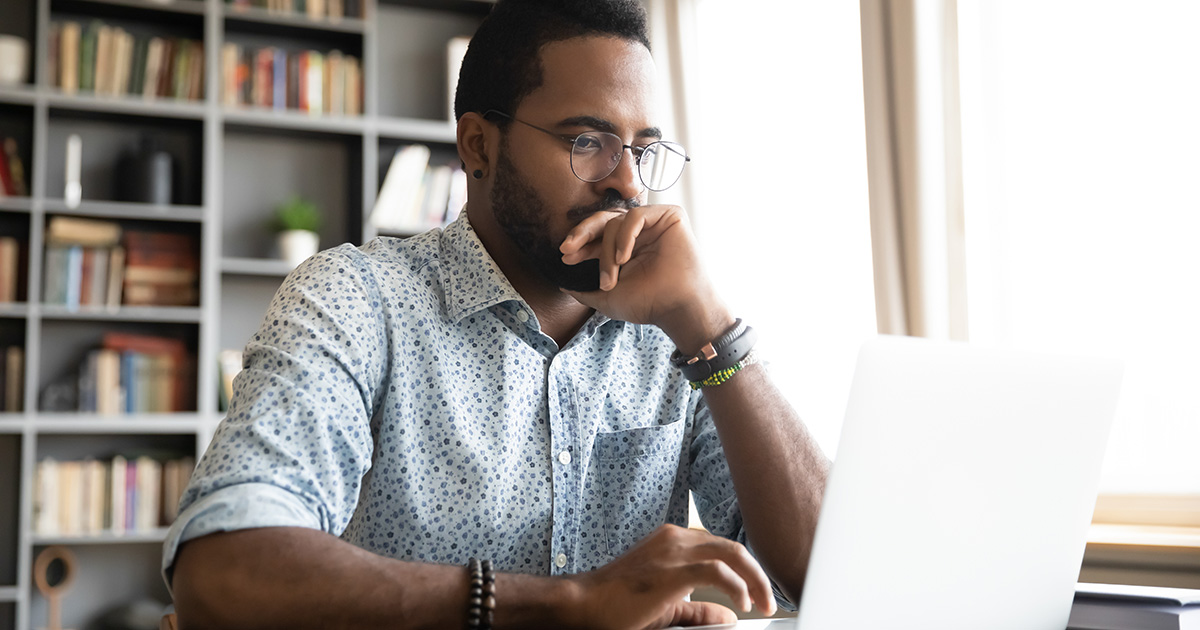 MILWAUKEE — Local man Jeremy Grimm’s sudden infatuation with a newly discovered band was put on hold today pending the results of a search of the band’s name appended by “+ allegations,” sources close to the cautious music fan confirmed.

“Well, I was listening to this playlist on Deezer when this awesome band I’d never heard of called Pappy’s Gold pops up… and the song was an absolute slapper. I got ready to go all in, but so many bands in every scene have just turned out to be absolute evil fucks and I never find out until after I’ve bought a few of their shirts and someone at Whole Foods spits on me,” said Grimm from his couch, laptop on his lap with a fresh Google search open. “I’m gonna look and see if there are any allegations against them, so I can save myself the heartache of getting invested and having to delete all songs I’d then feel gross listening to.”

Grimm’s roommate Kim Pfall was sympathetic, acknowledging the necessity of research before becoming invested in a new band.

“He’s just been hurt so many times by falling hard for these bands without taking the time to learn anything about them first, so it’s kinda nice to see he’s learning,” Pfall said while Grimm’s finger hovered over the “enter” key to complete the search. “It kinda sucks he has to do this, but at least this way he’s no longer throwing out hundreds of dollars to get a band’s logo tattooed on his arm, only to have it covered up by another band’s logo with the same exact results.”

“A few years ago we started seeing a lot more of these kinds of searches, and these days, they’re ubiquitous,” Gonsky said. “Much like the word ‘feet’ after an actor’s name, ‘allegations’ is quickly becoming the top autocomplete result for many bands. As far as I’m concerned, it’s not even worth it to get attached to any band — they always let you down. I’ve switched to music made by AI programs just to be safe.”

At press time, Grimm had finally pressed the enter key and, after scrolling for several seconds, sighed and stared off into space for several minutes.