Man Tricked into Skincare by Wolf on Package 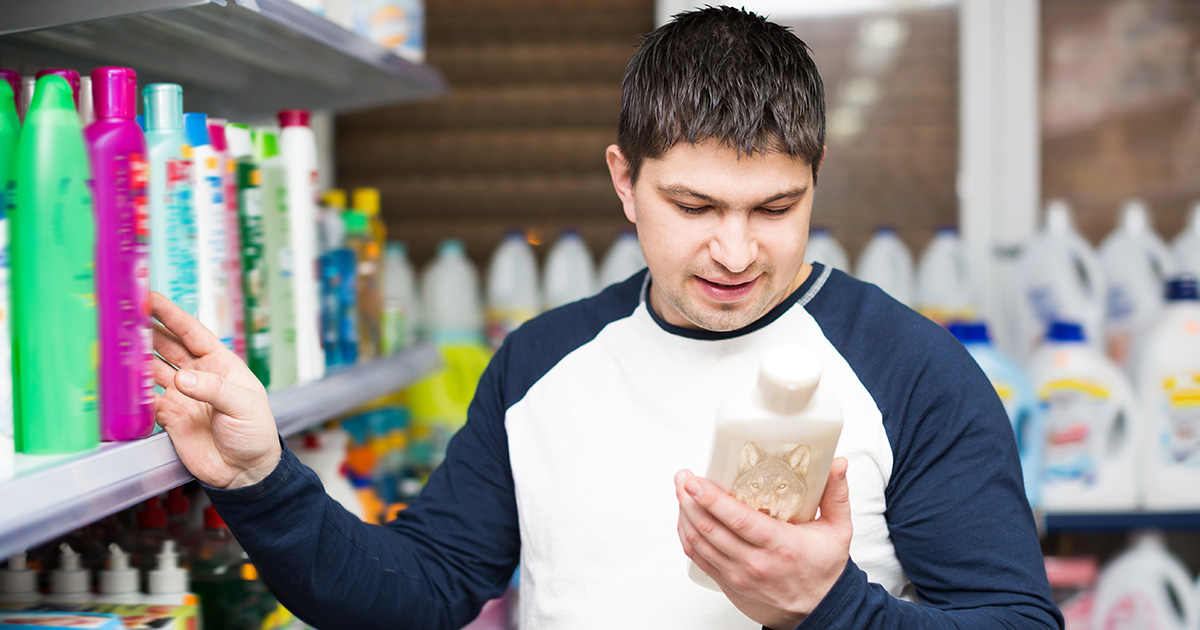 CAMDEN, N. J. — Self-described “gym rat and free speech activist” Eddie Massari learned today that the product he’d been applying to his face for months was merely cleansing his skin, and not caffeinating him after a workout and “augmenting his pump” as he originally believed.

“I picked up PRIMAL Rejuvenating Coffee Scrub because I needed a quick pick-me-up after my morning workout,” said Massari in a YouTube video filmed inside his car. “The crash from energy drinks isn’t worth it, and tea is for girls. I figured this’d be a good way of getting caffeine without upsetting my stomach. But all it did was ‘clear my pores.’ What does that even mean?”

“I mean, there was a wolf on the bottle with the words, ‘CRUSH THE COMPETITION!’ in big letters on the back,” he added. “What the fuck was I supposed to think?”

Massari first discovered the intricate web of lies when his co-worker noted the bottle of PRIMAL sticking out of his gym bag and shattered his preconceptions of the product.

“All I did was mention that my boyfriend uses it for his acne, and he freaked out,” said unwitting sage Mira Woodall. “Later, someone on our team told him to watch ‘Queer Eye,’ and he mumbled something about his eyes being ‘straight’ and stomped off to his car. I’m pretty sure he’s still out there eating protein bars.”

Despite plateauing at 62 views, the video of Massari’s rant was seen by the P.R. department of ActiveHealth, PRIMAL’s parent company, who did not seem concerned.

“This happens more often than you’d think: a confused young man called in last week to ask why our product Mouth Punch didn’t soothe his raw knuckles,” recalled ActiveHealth marketing representative Tisha Herrera. “Apparently, he was using it after boxing… but Mouth Punch is our toothpaste.”

“The only way these guys’ll buy any of this stuff is if we call it ‘Minotaur’ or ‘Meat Eater’ or something, and make up some flavor like ‘extreme aspen,’” Herrera added. “Otherwise, they’re just gonna use 3-in-1 shampoo/bodywash/conditioner and call it a day… which is almost too unfortunate to comprehend.”

Massari has since stopped using PRIMAL, taking action to raise awareness of the importance of clearly labeled consumable products. Allegedly, he has thus far “tweeted at Joe Rogan like, six times,” because Massari believes his constitutional rights have been violated, and Rogan is the only one he trusts to “do something about it.”