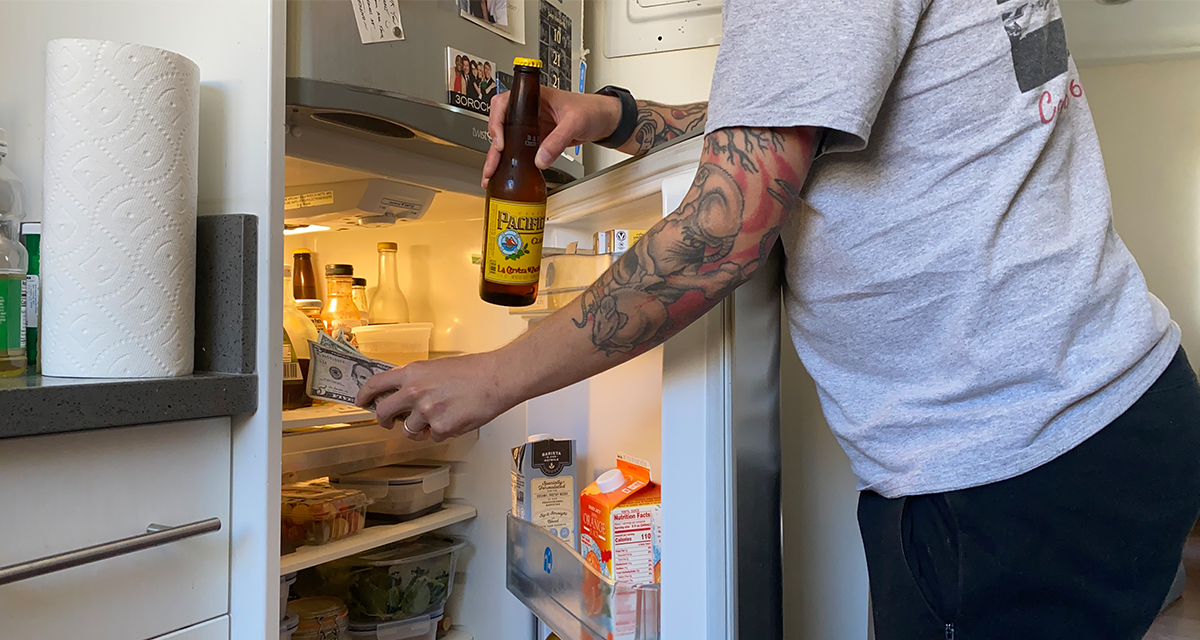 EVANSTON, Ill. — Local man Ryan Michaelson began a new ritual last October, placing $7 in his fridge each time he gets up for a beer to replicate vastly overpaying for drinks at concerts and festivals, concerned sources confirmed.

“It just totally made sense,” said Michaelson after walking four blocks to an ATM to get cash for his fridge. “I’ve been watching livestream concerts for a while now, but even those have been missing that little extra zing… so I decided to try slipping the fridge the amount of money I’d usually pay for a drink in between sets. It worked like a charm; I felt connected to live music in a way that I haven’t felt all year. The only thing that was missing was a person to knock the beer out of my hands 10 seconds after I bought it. Baby steps.”

“I mean, yeah, it was a little funny to me at first… but when I tried to take $35 out to thaw the other day, he insisted we keep it in the fridge for a drink fund when he can start going to real shows again,” said Andrews while moving an alarmingly large stack of cash to the vegetable crisper. “I know he really misses live music, but he’s always yelling ‘shut up and play’ at his laptop while I’m trying to re-watch ‘Bridgerton,’ and the other day he asked me to go work out, get really sweaty, and just rub up against his arm. It’s weird.”

Concert analyst Estelle Kirby believes that this seemingly eccentric act is not just an isolated practice.

“All across the nation, we see veteran concertgoers trying to replicate that fabled, ear-splitting experience in unorthodox ways,” said Kirby. “Whether it’s standing outside their own bathrooms for 20 minutes before going in, crafting those impossible-to-get-off wristbands to wear out of superglue and construction paper, or just carrying around a piece of merch for two hours with no place to safely put it down.”

“These people need traditional concerts back up and running,” Kirby concluded.

Michaelson was later seen parking his car in a spot half-an-hour’s walk from his friend’s apartment and taping $45 to the parking meter for the privilege.