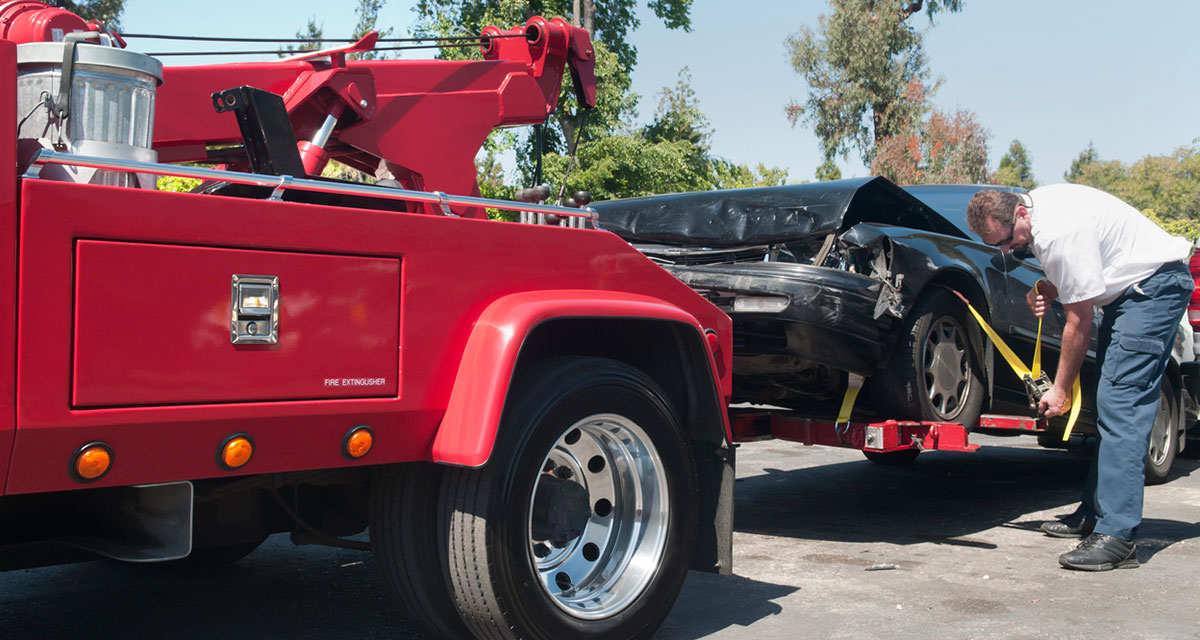 “The guy drives a tow truck: clearly, he’s a metalhead. He didn’t need to have long hair, sleeve tattoos, or a wallet chain to prove he loves metal. The tow truck was enough,” Burke explained. “I have short hair and was in a suit, but I wanted him to know I also love metal… and maybe that’d get me a bit of a discount. I needed a deep cut, too, so he knew I was legit, so obviously Sepultura was the right choice. But I couldn’t just start yapping about how ‘Roots’ is one of the greatest albums ever as soon as he got out of his truck — I’d look like I was trying way too hard.”

“As I pulled his car onto the bed, he kept talking about Brazil for some reason, and then said something about dead embryonic cells, which was really weird,” said Cole. “I asked if he needed a ride anywhere, and he said he was going to ‘…walk these dirty streets with hate in his mind.’ I get that he was upset after being in a car accident, but that’s not a healthy way to live your life.”

“We get men who don’t know much about cars and try to look macho, so they bring up heavy metal almost immediately in a desperate attempt to relate,” Guzman said. “But our drivers are very nuanced people: some are Exodus fans, and others aren’t into thrash at all, preferring power metal bands like Manowar or Children of Bodom. So lumping them all together as heavy metal fans is an unfortunate stereotype that comes with the job.”

In related news, Burke has already made plans to bring up Dave Matthews Band with the insurance representative handling his claim.